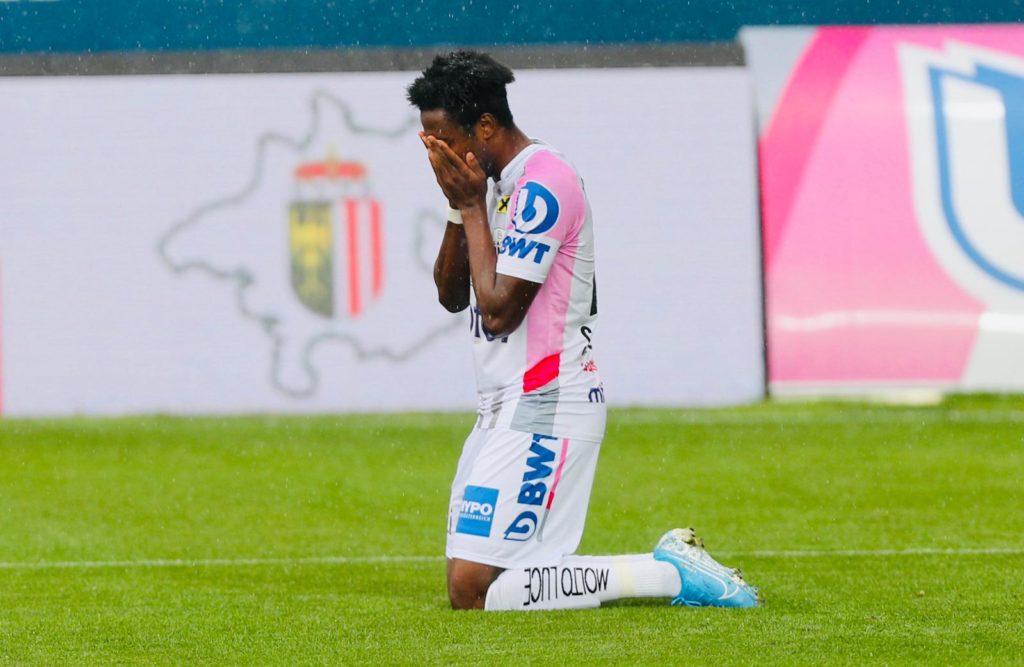 Samuel Tetteh's LASK Linz hopes of landing their first Bundesliga title in fifty-five (55) years have been dealt a heavy blow after the Austrian FA handed them a six-point deduction for breaking coronavirus training rules.

The deduction moves them down into second place behind Red Bull Salzburg in Austria's top flight, with three points to make up. The Austrian FA have also fined the club €75,000.

According to Dutch News AD, LASK were found guilty of breaching rules brought in to protect the players in Austria during the COVID-19 pandemic.

Clubs were instructed to only return to training if they were in small groups, training at an adequate distance from each other.

However, reports indicate that the team were caught on video in full contact training.

The club have issued an apology for breaching the rules, claiming that all of their players displayed negative tests prior to the sessions commencing.

This wasn't enough for the Austrian FA however, and their investigation may cost the Linz club their first Bundesliga since 1964/65.

Tetteh has been a key member of the team this term, scoring 5 goals and making another 5 assists in 19 matches.