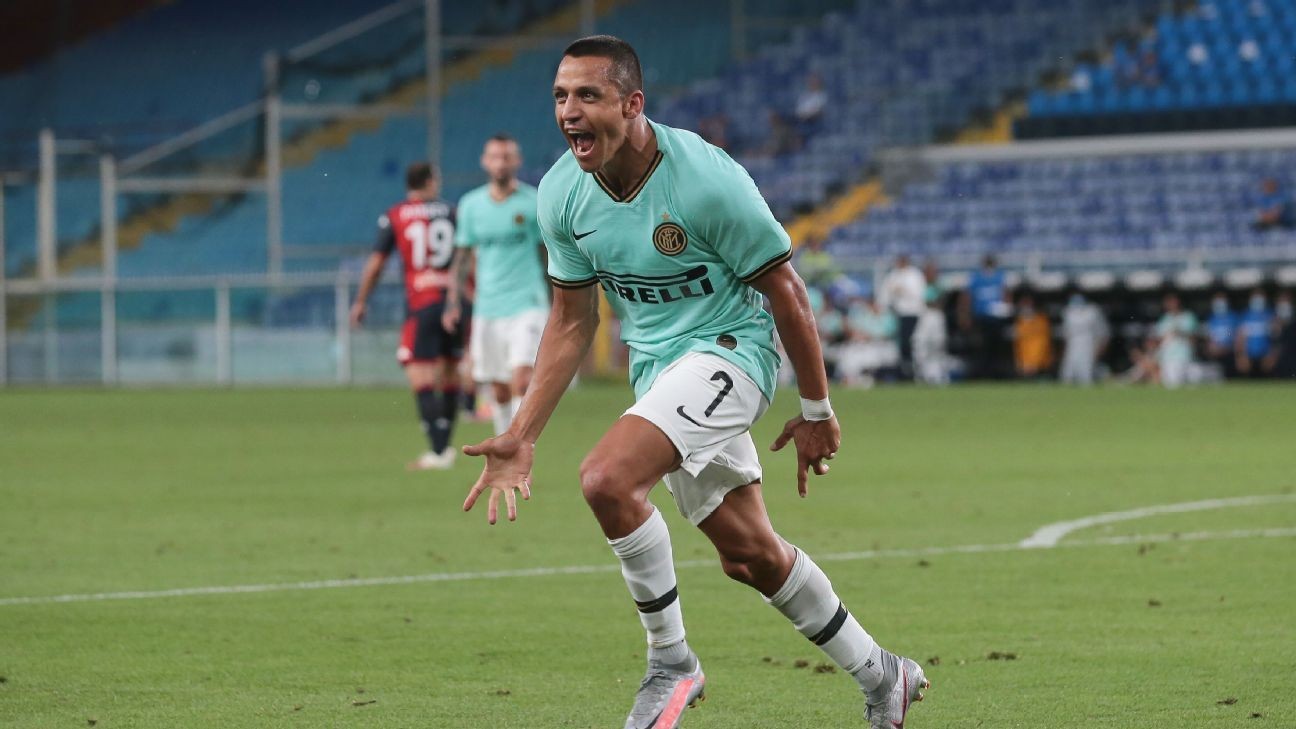 Alexis Sanchez's nightmare at Manchester United is over after signing for Inter Milan on a permanent deal.

United have agreed to cancel the remaining two years of Sanchez's contract and the Chile international has joined Inter on a free transfer and signed a three-year contract.

Sources have told ESPN that United have handed Sanchez a "small" pay-off and club chiefs are satisfied with the conclusion of the 31-year-old's disastrous spell at Old Trafford. Sanchez, according to sources, has taken a pay cut to facilitate the move.

A statement from United read: "Everyone at Manchester United wishes Alexis Sanchez all the best in his future career as he joins Inter Milan on a permanent transfer."

Sanchez signed for United in January 2018 in a deal that took Henrikh Mkhitaryan to Arsenal, but managed just five goals in 45 games in one-and-a-half seasons.

He scored just three times in the Premier League, the last of which came in a 3-2 win over Newcastle in October 2018. This season at Inter, he has made 30 appearances in all competitions, scoring four times during a campaign disrupted by injury.

Inter coach Antonio Conte said: "Sanchez's operation has been a excellent move by the club. We deserve it.

"He came at a bad moment in his career and with us he immediately got hurt. We waited for him and he is now doing well. It is fair that we are the ones that can now enjoy him."

Sanchez still had two years left on his mammoth contract at United -- worth around £400,000-a-week before bonuses -- and the club have saved themselves close to £40 million in wages by negotiating a deal with Inter and ending his stay early.

Speaking after Manchester United sealed their place in the Europa League quarterfinals with a win over LASK on Thursday, manager Ole Gunnar Solskjaer said: "He's a top player who we want to see playing his best football. We didn't see the best of him for whatever reason. He's a top professional, now we just wish him all the best."

Sanchez, 31, has had an illustrious career with spells at River Plate, Udinese, Barcelona and Arsenal. He won the La Liga title with Barca in 2013, two FA Cups with Arsenal in 2015 and 2017 and has been capped 132 times by Chile.

He could yet face his old club this season if Inter Milan and United both reach the Europa League final on Aug. 21.