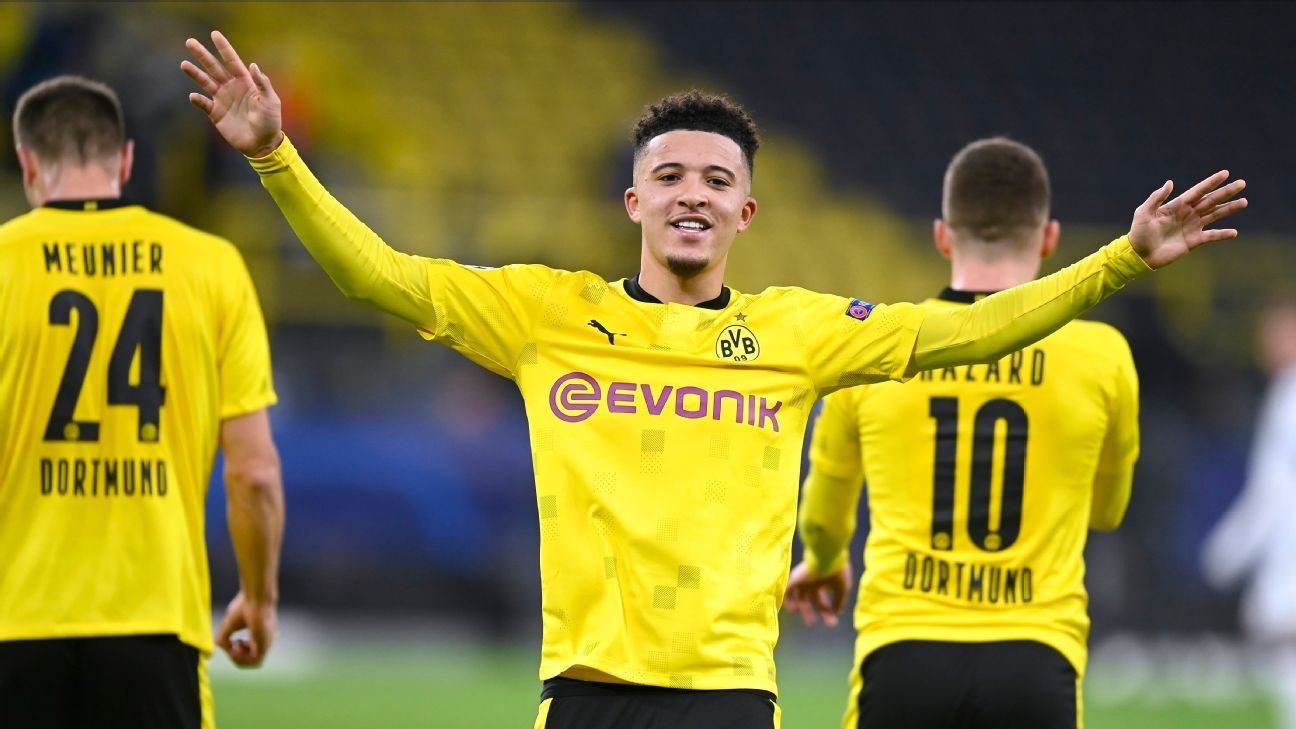 Borussia Dortmund forward Jadon Sancho has said he experienced a "hard" spell at the club after being linked with a move to Manchester United in the summer.

Sancho, 20, has been far from impressive in some matches this season, leading to speculation that the United transfer saga, which dragged on until October, led to a drop in form.

- Bundesliga on ESPN+: Stream LIVE games and replays (U.S. only)
- ESPN+ viewer's guide: Bundesliga, Serie A, MLS, FA Cup and more
- One kid's mission to build every Bundesliga stadium out of Lego

Sancho has failed to score in the Bundesliga so far this season in six appearances, and only contributed two assists, compared to last campaign when he scored 17 goals and assisted 16.

After scoring his second Champions League goal of the season in Dortmund's 3-0 victory over Club Brugge on Tuesday, Sancho said the club's backing gave him confidence after experiencing a difficult spell in recent weeks.

"I am just happy that I am playing," Sancho told DAZN in a rare postmatch interview. "I have coaches and teammates that believe in me. Recently, it's been a hard situation for me.

"But it's all about how I come back and have performances like this. They will hopefully get me back to the top, how I was playing before."

The England international's slow start to the campaign saw him left on the bench for Dortmund's 5-2 win over Hertha Berlin last weekend.

Dortmund are still in a good position to challenge Bayern Munich for the league title as well as reach the knockout stages of the Champions League.

The club have relied on Erling Haaland's goals this season and he scored two more in the Champions League win on Tuesday.

Haaland beat teammate Sancho to this year's Golden Boy award and Sancho said he is "just happy to be playing with him."

"He deserves the Golden Boy award," Sancho added. "He works hard on and off the pitch. He deserves everything that is coming his way."

Haaland has now scored 16 Champions League goals and became the fastest player in the competition's history to reach that tally in just 12 appearances for Dortmund and Salzburg.

He has scored 13 goals in 17 games in all competitions this season taking his tally to 33 since he moved to the Bundesliga club in January.