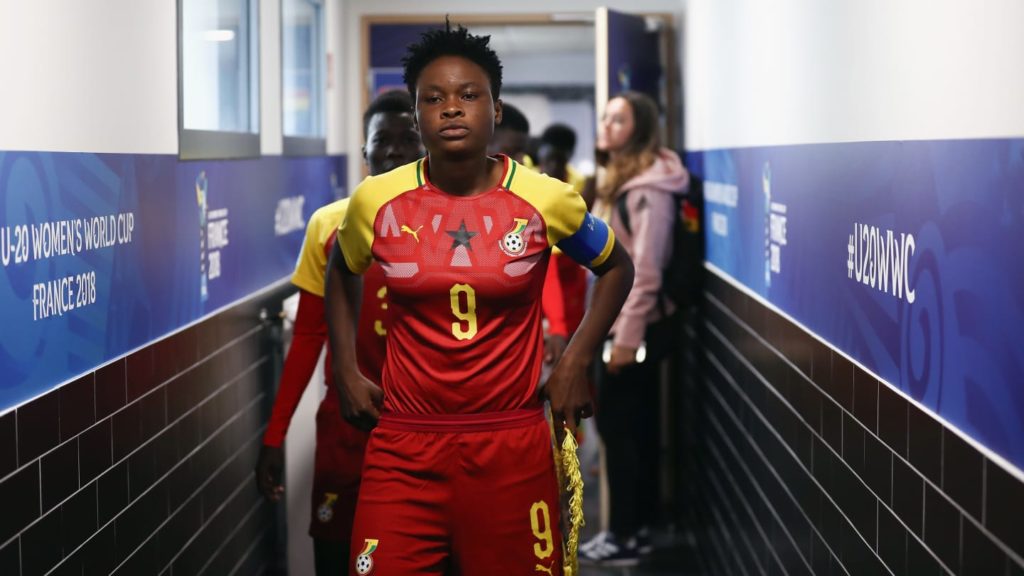 The Black Queens player who now plays her football in Serbia is among nine nominees for the prestigious award given to the scorer of the best goal of the calendar year.

The 21-year-old and Algerian captain Riyad Mahrez are the only Africans on the list for this year's price which will be awarded on January 17, 2022.

Owusu Ansah scored the world-class goal on May 8, 2021, in the Women's Premier League match between her former club Supreme Ladies and Kumasi Sports Academy Ladies. From long-range, she volleyed the ball over the goalkeeper into the neet.

Other goals nominated include Érik Lamela's rabona against Arsenal in the London derby in the second round of last season.

Meanwhile, she becomes the fourth Ghanaian to be nominated. Michael Essien is the first for his goal against Barcelona in the 2009 Champions League semi-finals, followed by Emmanuel Agyemang-Badu and Kevin-Prince Boateng.

Only 4️⃣ Ghanaians 🇬🇭 have ever been nominated for the FIFA Puskas award:

She would hope to be the first Ghanaian to clinch the award.