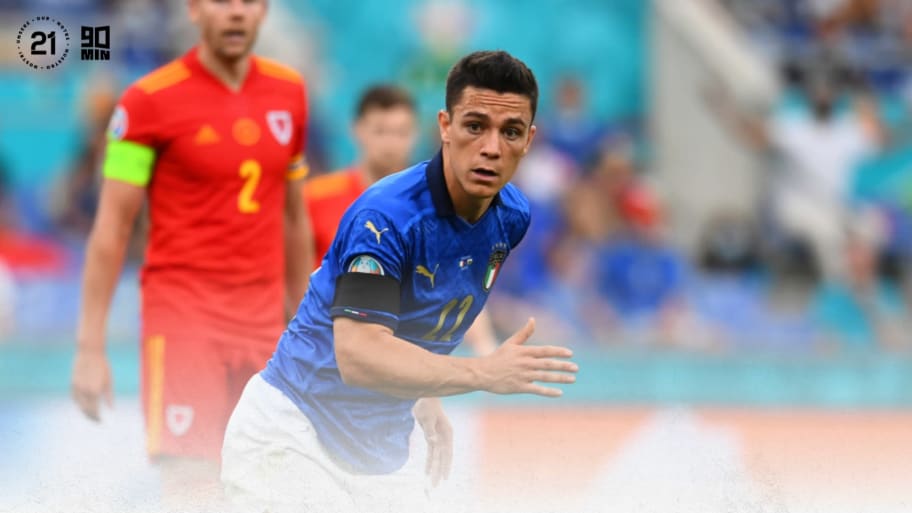 Sassuolo CEO Giovanni Carnevalli has played down speculation linking forward Giacomo Raspadori with a move away from the club this summer.

Raspadori emerged through the club's youth academy and enjoyed a fine 2020/21 season, impressing and bagging six goals and three assists as they finished eighth in Serie A.

His performances earned him a call-up to Roberto Mancini's Italy squad for Euro 2020 and have also drawn interest from some of Europe's top clubs. However, Carnevalli has told Italian broadcasters TRC, as quoted by sempreinter.com, that there is no chance of him leaving.

“As far as Raspadori is concerned, I can say that for us he is unsellable," he said. "We do not want to deprive ourselves of one of our most important young players.”

Italian champions Inter are one club tipped to be interested in picking up Raspadori this summer, with the Milan club looking to reshape its squad having won Serie A but still suffering the financial consequences of the coronavirus pandemic. The Italian is viewed as the understudy option - and potential replacement - for Lautaro Martinez should he depart this summer.

The Argentine forward has impressed with the Nerazzurri but has long been the subject of speculation about a move away from the club, and recently cancelled contract talks with his employers.

Raspadori - who features as a part of 90min's Our 21 series - has impressed with his low centre of gravity, positioning from inside the 18-yard box and predatory striker's instincts. He hadn't made a senior Italy squad before Euro 2020, but his performances in the Under-21 tournament prompted Mancini to draft him in.

The 21-year-old was given his debut in a friendly against the Czech Republic before the tournament began, and provides the Azzurri's attack with a youthful change of pace away from Ciro Immobile's prowess and the tireless work rate and physicality of Torino's Andrea Belotti.

The youngster recently revealed in a video interview with the Italy national team's official Twitter page that he was an Inter fan growing up and idolised striker Samuel Eto'o - an admission that is only likely to stoke the flames of speculation.

Should he manage to impress even further before the end of Italy's run at the Euros, Sassuolo could drive a hard bargain for all interested parties who potentially sniff around him throughout the summer.