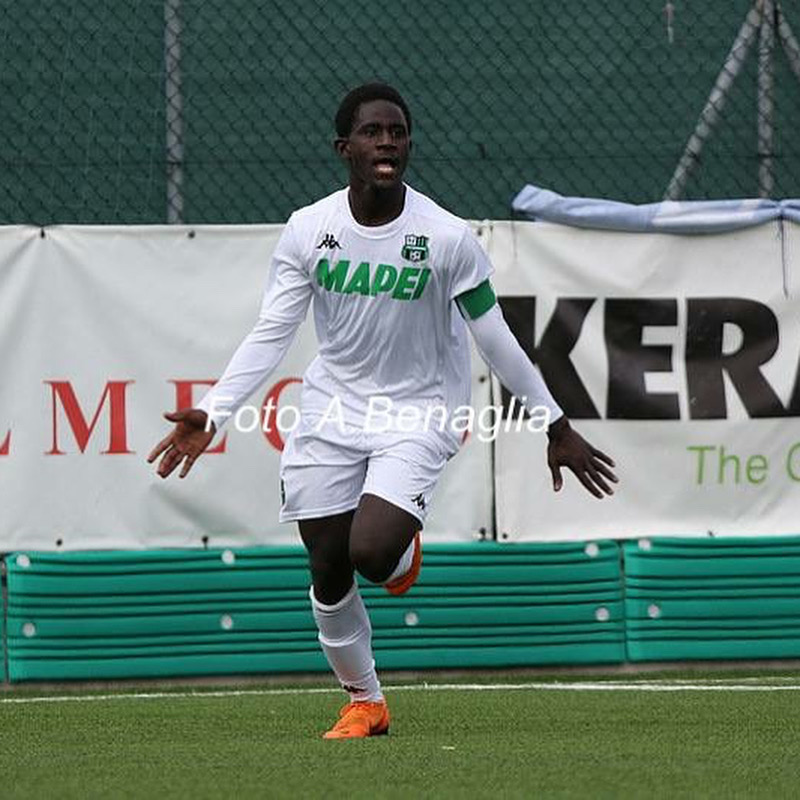 Promising prospect Brian Oddei was an unused substitute after making the Sassuolo First Team match day squad in their shock 2-1 Coppa Italia fourth round defeat to Perugia at the Mapei Stadium.

Oddei, who captains the club's U19 side, caught the eyes of head coach Roberto De Zerbi after his exploits in the Primavera (Italian Youth League).

The 17-year-old has scored two goals and provided seven assists in 10 league matches.

His dexterity has already earned him the moniker Brian-Messi and remains one of the most sought-after talents in the Primavera.

Giants AS Roma are closing monitoring his development.

Oddei's versatility has seen him play on the left wing, right wing and even as a centre forward.

In 2018, he was awarded the Rising Star of the Year at the glamorous Calcio Trade Ball event in Accra after scoring 10 goals and three assists.