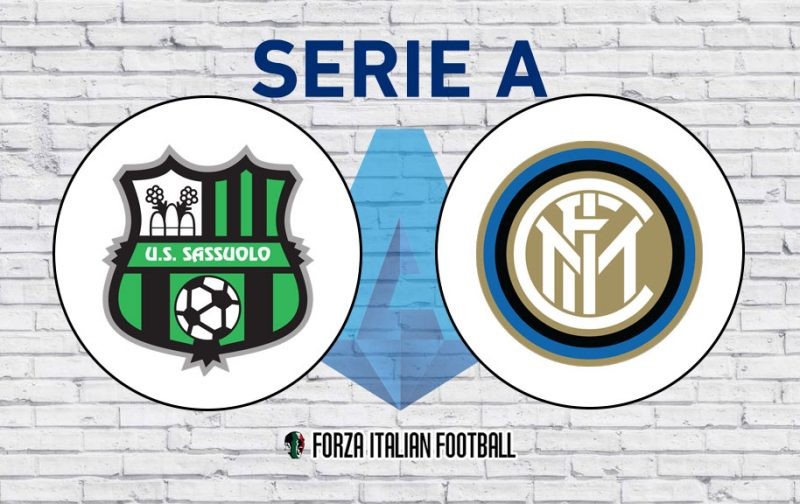 Sassuolo face a tough task on Saturday afternoon as they look to continue their unbeaten start to this Serie A season against Inter.

The Nerazzurri visit the Mapei Stadium hoping to reverse a poor recent record against the Neroverdi, having lost seven times to them since 2015 – more than against any other side and level only with Juventus.

Antonio Conte’s side are travelling to Reggio Emilia off the back of a midweek disappointment, losing 2-0 to Real Madrid in what was a must-win match.

The Neroverdi aren’t likely to make Inter’s day easy, and they’ll be relishing the chance of ending the day at the top of the Serie A table, which they can do with a win.