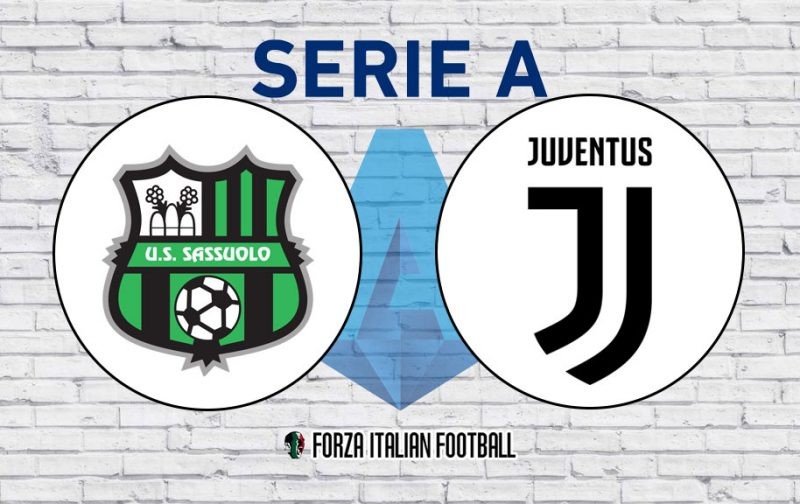 Juventus can take another big step towards a ninth straight Scudetto when they take on Sassuolo at the Mapei Stadium on Wednesday night (kick-off 21:45).

– Juventus are the side Sassuolo have lost against most often in Serie A (L10) while they have also conceded the most goals against them (32).

– In each of their last seven Serie A matches against Sassuolo, Juventus have scored at least two goals, scoring 22 goals in total – an average of 3.1 per game.

– Juventus have won their second meeting of the season against Sassuolo in each of the six campaigns they’ve both been in Serie A, conceding just one goal in that run, back in 2014 (17 goals scored).

– Sassuolo’s matches have produced 33 goals in seven games since the league restarted, an average of 4.7 per match – the highest in Serie A in this period.

– Juventus have failed to win their last two games (D1 L1); excluding matches played after the Bianconeri have already been crowned title-winners that season, they haven’t failed to win in three consecutive matches since May 2017 in Serie A (three).

– Francesco Caputo, who has scored 16 goals in Serie A this season, needs one more to set a record for the most goals by a Sassuolo player in a single top flight campaign – he has already equalled his goal tally from last season with Empoli.

– Juventus striker Cristiano Ronaldo could become the first player in history to score 50+ goals in the Premier League, La Liga and Serie A – he has 49 goals in the Italian top flight so far.

– Ronaldo could become the fastest player to reach 50 goals in Serie A among those who made their debut in the three points for a win era – 49 goals in 59 games so far).