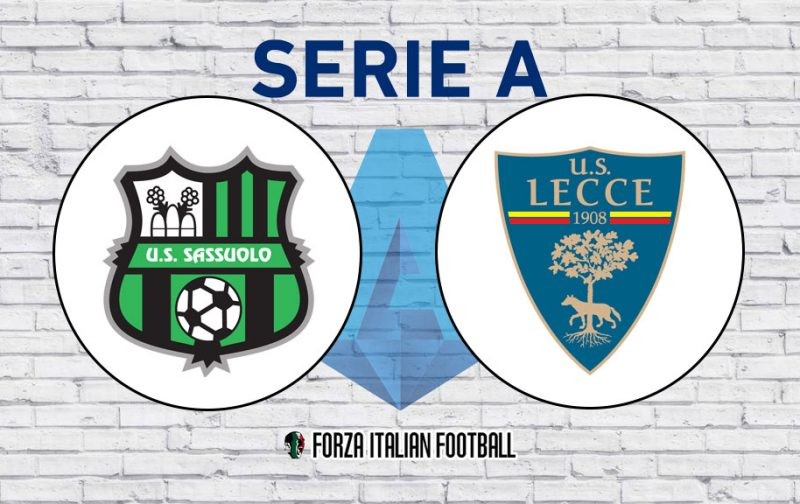 Lecce travel to the Mapei Stadium on Saturday evening (19:30) in need of a vital victory as they aim to stave off relegation worries against Sassuolo.

– The only previous meeting between Sassuolo and Lecce was the 2-2 draw in the reverse fixture earlier this season.

– Lecce have won on four of their last six trips to Emilia Romagna (D1 L1), but they did lose the most recent one (against Parma back in January).

– Since the start of 2019, Sassuolo have scored 3+ goals in 10 home games – only Atalanta and Lazio have done so on more occasions during this period.

– Lecce have conceded on average three goals a game in their last six away matches, finding the net in just one of those games.

– The last six goals Lecce have conceded in away games have come in the second half.

– Domenico Berardi has scored six home goals this season, only in 2014/15 has he scored more in such games (10) – however, the Sassuolo striker has found the net just in two of his last eight appearances at the Mapei Stadium.

– Eight of Sassuolo’s Jeremie Boga’s 10 goals this campaign have been scored at home, including a brace in his last appearance there against Hellas Verona.

– Lecce’s Khouma Babacar scored nine goals in his 42 Serie A appearances for Sassuolo between 2018 and 2019.

– Lecce’s Diego Farias made his Serie A debut in 2013/14 for Sassuolo – he has already scored three goals and made two assists against the Neroverdi in the competition.