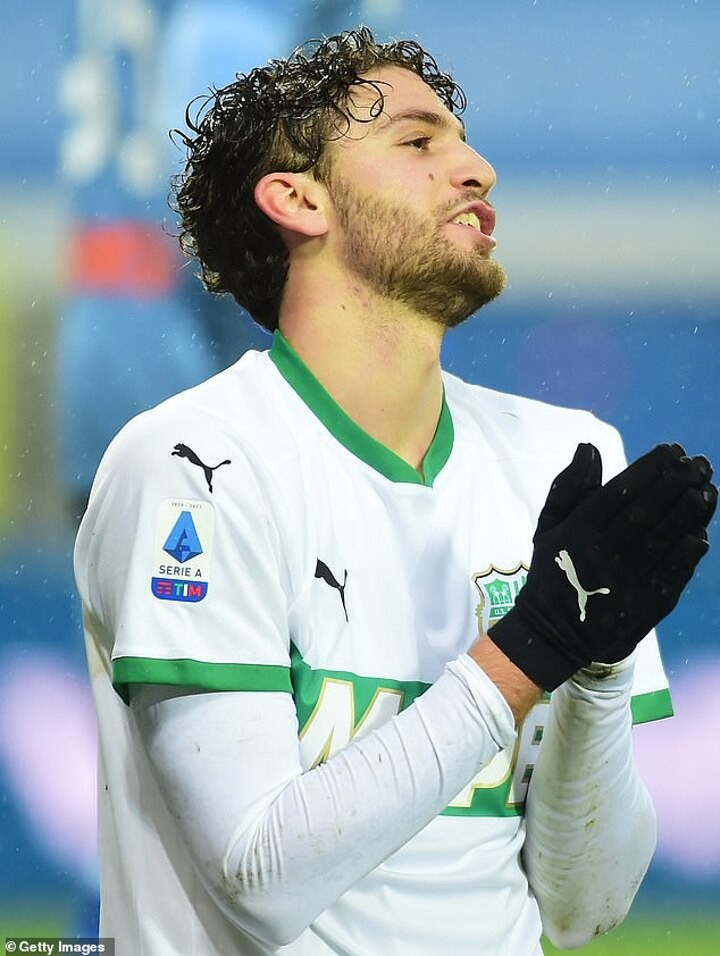 Serie A side Sassuolo are reportedly not prepared to entertain any offers for £30m rated midfielder Manuel Locatelli.

Manchester City are keeping tabs on the 23-year-old who has developed into one of the best midfielders in the division.

He features prominently on their list of targets, though they also face interest from Juventus and Locatelli's former club AC Milan.

But Sassuolo director Giovanni Carnevali has dismissed the rumours and stated his side 'won't even take into consideration' any offer for their player in January.

When questioned about Manchester City's interest, he told RAI Sport as per Football Italia: 'Seeing Sassuolo players in the headlines is a positive thing, as it means our team and players have been doing well to attract attention.

'We have many players who are of interest to many, including Locatelli, but any issue will be only discussed in January. When it comes to important players like Locatelli, we won’t even take into consideration any proposal that would involve him leaving mid-season.'

Locatelli burst onto the scene at AC Milan, making his top flight debut for the club aged just 18 in 2016, and was heavily tipped to be the future of their midfield.

However, he fell down the pecking order at the San Siro and moved to Sassuolo, initially on loan in 2018.

Since then he has flourished at the club who currently sit seventh in the Serie A standings, and he also broke into Italy's senior team last year.

Locatelli has six caps for his country, is contracted at Sassuolo until 2023 and is expected to cost at least £30m.

Manchester City could look to make their move during the summer transfer window, though Juventus are another of Europe's top clubs monitoring Locatelli.

The Italian champions tried to sign him last summer and his agent left the door open for that situation to be revived in the summer.

And, while a return to current Serie A leaders Milan is another option, a move abroad is also a possibility for Locatelli.

His agent Stefano Castelnuovo said: 'We have a great relationship with Sassuolo, the club is really ambitious. We'll see what happens.

'If a nice offer comes, it would be good for everyone to find an agreement. We'll be always grateful to Sassuolo.

'Again, he will always be grateful to the club [Milan], but I think he is looking for a different experience, in Italy or abroad.

'He dreams of playing the Champions League, hopefully both him and Sassuolo will receive a gift in the summer.'