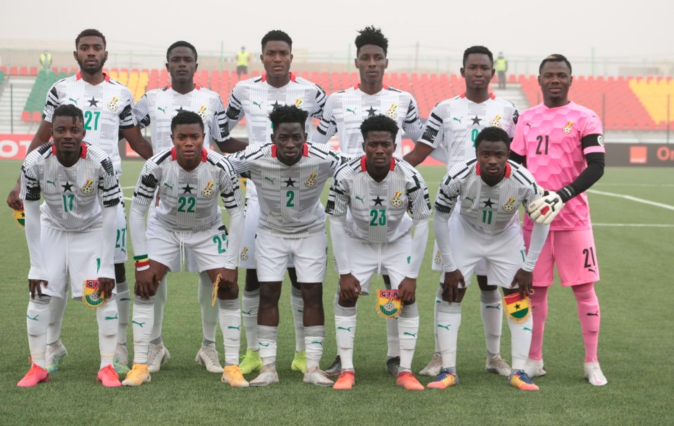 Finally, Ghanaian football has got something to cheer about in a long while, with the Black Satellites - the men's national Under-20 team - bringing some form of happiness with their unexpected victory as African champions at the 2021 Africa U-20 championship in Mauritania on the day of Ghana's 64th independence anniversary celebration.

Their impressive triumph, carved from an initial point of no hope as they struggled to even qualify from the group stage after a blockbuster opening game of brutal dismissal of Tanzania has ultimately taken Ghana back to where they belonged in the past as giants of African football at youth level.

However, unlike their 2009 counterparts who also won the WAFU and African crowns like this team and went on to add the world title to their trophy collection, Abdul Karim Zito’s team won’t have the chance to also win the FIFA Under-20 World Cup, as FIFA, with the Covid-19 pandemic as the obvious reason, cancelled the tournament that was to be held in Indonesia even before the African version kicked off in Mauritania in middle of February.

However, this side has the chance, in consolation of being denied the big stage of the U-20 World Cup, to do something their 2009 counterparts couldn't or didn't do by qualifying for the 2024 Olympic football tournament - a competition that has eluded Ghana since 2004.

Thus, the qualification campaign for the Olympic Games football competition in Paris, host of the 2024 Olympics, should be their Under-20 World Cup tournament and also ultimate test for any of the players going on to become reliable or regular players for the Black Stars.

Whereas the 2009 team went a step further to clinch the world title, in an unbelievably impressive and historic manner, to become still the only African team to win the FIFA U-20 World Cup, this Satellites team are done and dusted with their U-20 campaign with the cancelled world version. So, in the absence of playing in the FIFA Under-20 World Cup this year, the chance of forming the core of the next Ghana Under-23 team for the ultimate bid of qualifying for Paris 2024 should be the next main aim and focus of this current Satellites set-up.

Black Satellites
Zito's side not Sellas Satellites yet

But they are certainly not the Satellites 2009 in terms of team and individual qualities.

In truth, they rank lowest of all the triumphant Satellites teams Ghana have produced, including the super talented 1991 team of Shamo Quaye, Joe Debrah, Ezekiel Alamu, Michael Osei, Ablade Kumah, Joe Addo, Robert Eshun, Joe Baah, etc., that beat Nigeria in Lagos to win the WAFU Cup but unfortunately failed to qualify for the FIFA World Youth Cup in Portugal after placing third in the 1991 African Youth Championship in Egypt where the two finalists - Egypt and Ivory Coast - went on to represent Africa at the world level. You have to mention also the brilliant 2001 team that finished losing finalists at both the African and world levels and also the 1997 team that won bronze in both Morocco and Malaysia.

So let's not rush but rather keep focus in giving this Satellites team the steady and proper progression they deserve or require. Although they are sub-regional and continental champions, they are not yet the 2009 Satellites team, or even the Satellites of 1991, 1993, 1997, 1999 and 2001 - sides that boasted so many quality players who easily went up the ladder to make names with the Black Stars.

Olympic qualification challenge for the Satellites

Thus, the Black Stars can wait for the 2021 African youth champions. Truly, winning the U-20 African Cup suddenly does not make them super-star players for them to suddenly become Black Stars materials. So, the talk or idea of some of the players to be immediately promoted to the

Black Stars should wait for the mean time. Let’s see what they can do or offer at the next level with the Black Meteors team before we can think or begin to talk about the Black Stars for them.

Indeed, the Satellites have the small matter of the U-23 level - which is a more difficult stage- to deal with, with the big challenge of arresting what would be Ghana’s 16-year, four-tournament absence at the Olympic football tournament by making the 2024 edition, just like they have arrested our 12-year wait for the U-20 African title. Ghana can not afford to miss out again on Olympic football in 2024 and this should present a big challenge for the next Meteors team that would or should draw most of its strength from this current Satellites team.

One or two payers of Zito's team, if they are truly capable, can currently be encouraged with Black Stars call-ups or chances, but Ghana will know if the core of the team or many of the players can successfully make the step up to the Black Stars level if they are able to grow into a successful U-23 side and qualify Ghana to the Olympic Games once again. After all, Ghana will host the 2023 African Games and this should be a target that leads to preparation for the main African Olympic qualifiers - where they should or would come up against some of the familiar foes they met and overcame in Mauritania.

The 2008 Jones Attuquayefio’s Meteors team, with the likes of Asamoah Gyan, Prince Tagoe, Michael Helegbe, Kwadwo Asamoah, Isaac Vorsah, etc., came close, only needing to beat Nigeria - eventual losing finalist to Lionel Messi's Argentina in Beijing - at home in Accra but failed in a 0-0 draw, just like the 2019 team that narrowly failed in Egypt with their fourth-place finish in a tournament that qualified the three top teams to Tokyo 2020.

The side with the best chance to have taken Ghana back to the Olympic stage was the 2009 Satellites team. But Ghana took things for granted and paid dearly for it, as the Meteors started the qualifiers without any of the triumphant Satellites graduates - a good number of them had already been given chances with the Black Stars at the time - and were eliminated by Sudan very early in the qualifiers (first round) with largely home-based players.

Ghana can’t repeat the same mistake in rushing players to the Black Stars, especially when many of the players involved are clearly not yet Black Stars materials as in the case of the present Satellites players. Of course, the Black Stars is the ultimate but players should be developed gradually and steadily for the top and this means they should be promoted or kept together to progress to the next level (U-23) in a systematic way. Certainly, not all of them may make the U-23s and go on to play for the Black Stars but majority should surely make the next step to give Ghana another strong Meteors side before any of them can push up to the very top - Black Stars.

This Satellites team, with their WAFU and African feats, have given the strong indication they can go places, even at the Meteors level. Ghana should give them this challenge for them to resurrect our Olympic fortunes, just like they have brought some cheer back to Ghanaian football with the country's 4th African title at U-20 level after 12 years wait, especially when the country badly needs to return to the Olympic football stage where Ghana were the first African side to win a medal.

As Zito himself happily pointed out, three of his Satellites players were with him at U-15 level while eight were in his Black Starlets team in Niger for the WAFU U-17 Cup.

So, possibly and sensibly, Ghana can promote Zito together with his boys to the Meteors level, with the sole aim of familiarisation and continuity for assault on the 2024 Olympic qualifying campaign.

When Sam Arday took the Satellites to place third in 1991, he continued with the boys at the U-23s and they subsequently made history in Barcelona in 1992 as the first country from Africa to win a medal in the football competition at the Olympic Games. Ghana can learn from this.