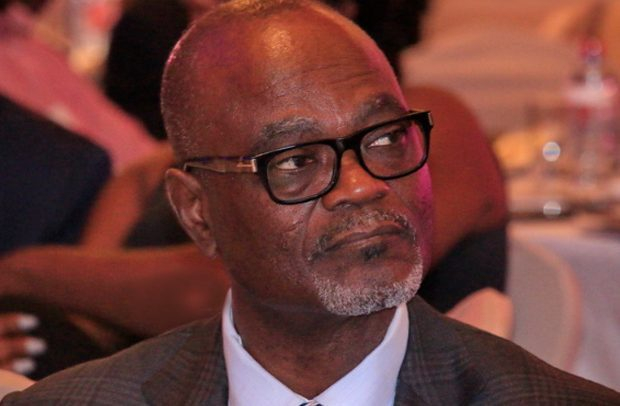 A massive scandal has rocked the chairman of the Normalisation Committee of the Ghana FA, Dr Kofi Amoah, as he has been secretly recorded vowing to disqualify Wilfred Osei 'Palmer' Kwaku from contesting the elections of the federation months before the Tema Youth owner faced the Vetting Committee.

The audio that was recorded about three months ago during a secret meeting exposes Amoah, who was expected to be neutral in the vetting process according to FIFA laws, already vowing to throw out Palmer.

Dr Amoah was heard in the secret meeting, with a group journalists he has honed to back him in the media with positive commentary, telling them of the decision to ban Palmer from the race.

Even before the Vetting Committee had been set up, Amoah implied to the reporters he has hired to support in with positive commentary that he will whatever it takes to stop Palmer from contesting the race.

"Now this guy Palmer !! You signed an agreement in your signature on your club’s letterhead that you are about to transfer ! Sell some guy and whatever you gain you pay percentage to the FA. Which is in the regulations on that matter" Amoah told his friends in the media in the secret meeting.

"Wo woaton akwadaa wei 3 Million Fa 10% braaa so where is the integrity of entering into agreement an agreement which which the congress Ghana Football has so why are you not paying ?

"AND YOU WANT TO COME AND BECOME PRESIDENT I called him personally it was that time we wanted money ... Am going to take action."

The Vetting Committee three months later carried out the threat of Kofi Amoah by disqualifying him from the race.

The Tema Youth owner was disqualified from the race with the reason being that he had not paid the 10% of a transfer commission when his player Joseph Paintsil was transferred from Hungarian side Ferencvaros to Genk of Belgium.

The secret audio is threatening to taint the work of the Vetting Committee by putting the neutrality and fairness of the body assigned to vet candidates for the Ghana FA elections into serious doubt.

With Ghana undergoing reforms it is expected that honesty and fairness was expected to be the hallmark of the game going forward but the revelation shows that the Amoah-led body has ideas of continuing with the ways of the past.

Listen to the audio below:

The Tema Youth owner has rejected the claims of the Vetting Committee insisting he can't personally held responsible for the iniquities of his club in any insisting they are both separate entitties.

He also claims that even if Tema Youth is guilty as claimed by the Normalisation Committee, the club has to be taken through the necessary processes set out within the law of the GFA to settle debts which is points deduction.

He added that even though the player was transfered to another club, the GFA did not complete the transfer since he was then shut revealing that the Hungarian FA sealed the player's transfer.

In a statement issued hours after his disqualification, Palmer vowed to file an appeal concerning the decision.

He said he was informed by the Normalisation Committee that his application to contest the GFA Presidency was unsuccessful because he breached Article 33 (5) (c) of the GFA General Regulations and a decision of the Ethics Committee dated December 13, 2017.