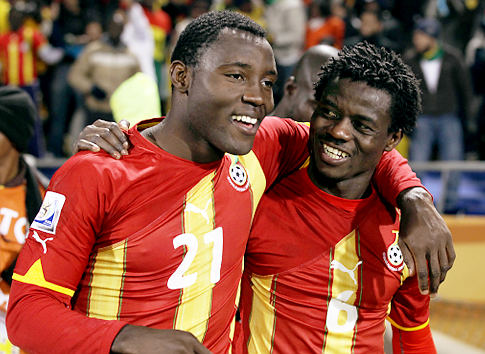 Vitesse Arnhem new signing Anthony Annan has lost his place in Ghana starting line-up due to loss in form.

The 24-year-old diminutive midfielder has been a regular since breaking into the team at the 2008 Nations Cup finals held on home but he has struggled in the last nine months.

Annan, who joined German side Schalke 04 in January, fell down the pecking when Ralf Rangnick replaced Felix Magath.

The former Rosenborg star's inactivity will deny him a starting role after impressing at the 2010 Nations Cup and World Cup finals.

His position has been taken over by in-form Derek Boateng who plays regularly for Ukrainian outfit FC Dnipro.

But Annan can regain the slot if he performs on loan at Vitesse in the Dutch Eredivisie.