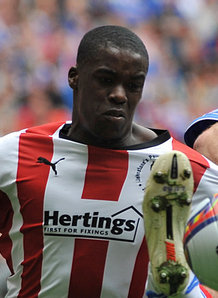 Ghana have handed debut calls to former Germany youth internationals Charles Takyi and Jeffrey Schulpp for the friendlies against Gabon and Sierra Leone this week.

Turkish second division striker Dominic Adiyiah has been axed while captain John Mensah has been excluded from the squad because of injury.

Goalkeeper Richard Kingson still has no place in the squad which could spell his doom for the Africa Cup of Nations.

Coach Goran Stevanovic calling of Takyi was not surprising as he secured his nationality switch from Germany last month.

But the inclusion of 18-year-old Schulpp comes as a massive surprise as he has been noted down by many as a Germany youth international.

This means he must secure a nationality switch before he is able to play for Ghana if he has played a competitive game for Germanyâ€™s youth side.

If that is the case he will not be able to play in the friendly against Gabon or Sierra Leone.

The players will get their last chance of impressing the coach as he is likely to name his squad for the Africa Cup of Nations based on the performances from the two matches.