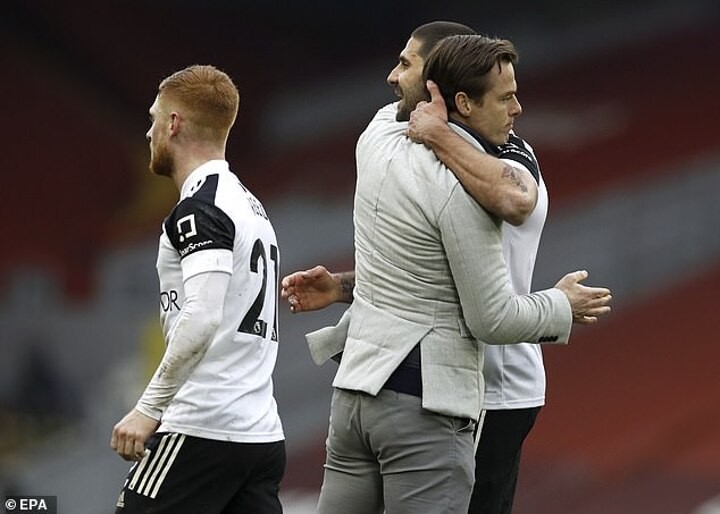 Scott Parker has challenged his Fulham squad to take the impetus from a landmark win after he heaped more problems on Jurgen Klopp.

Fulham are now level on points with Brighton thanks to Mario Lemina's first-half strike and are playing more compelling football than any of the other teams in the bottom six. The victory at Anfield characterised all the qualities Parker wants to see from his players.

Liverpool, Klopp admitted, were not good enough to deal with the challenges Fulham set and Parker wants this performance to be the barometer for the remainder of the campaign. He has urged his players to ignore what is going on at their rivals and focus on making themselves safe.

'A win like this galvanises, not that we needed it, or a result, to give us belief or an understanding of what we can do as it's constantly been there,' said Parker. 'What is happening around us, who we are dragging in, is irrelevant and remains to be the case. If we had taken any focus off us from the start of the season we wouldn't be in this position.

'It is about us wanting to get better and keep moving in the right direction and that will not change.

'The focus was to come here and get a result and cause Liverpool problems. I thought we did that, certainly in the first half. While results can give you that extra bit of belief this is a team which has real belief. We will carry on for the remainder of the season in the same vein.'

Klopp was unable to explain how a team who were top of the table on Christmas Day now resemble a side gasping for breath. What they achieved in the past counts for nothing.

'We can't win the game because we won all the games before or because you want to win a game,' said Klopp. 'Believe me these boys want to but that doesn't work at the moment. That we don't score goals and concede one is enough.

'We have really tight results which always go against us. We have to make sure we win a game again. If it is 1-0 that is fine.'