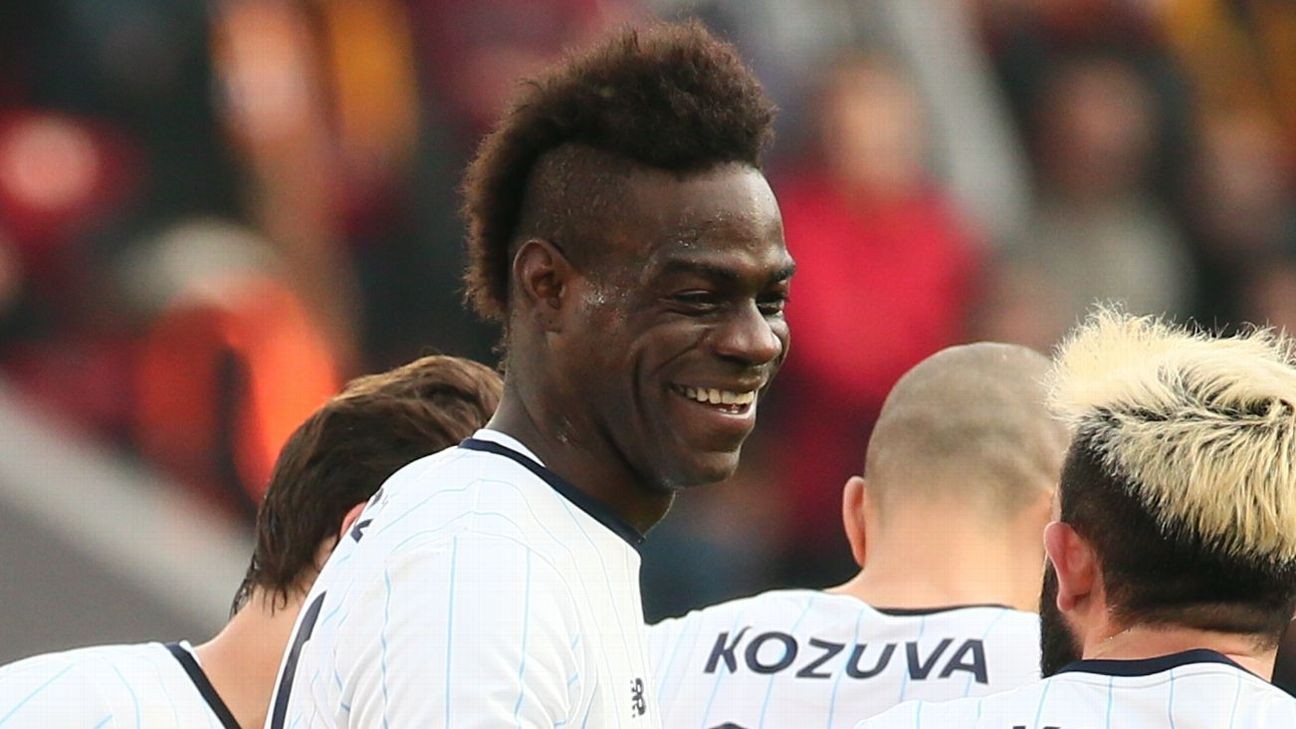 Manchester United have something of a history when it comes to making unexpected signings of veteran forwards, and they looked like resurrecting that transfer strategy this week with their interest in Marko Arnautovic.

Unfortunately, sources have told ESPN that Bologna's asking price for his rights and a fan backlash against the deal scuppered the 33-year-old Austrian's chances of joining the likes of Michael Owen, Henrik Larsson, Zlatan Ibrahimovic and Edinson Cavani among United's roll call of senior strikers.

The club's curious approach for strapping centre-forward Arnautovic, who hasn't played in the English top flight since 2019 when he moved to China, does reveal the type of last-ditch signing they are seeking to make with the new season already underway.

Thankfully, the pool of long-forgotten (but, crucially, still active) Premier League strikers runs surprisingly deep, with many former stars still plying their trade around the world despite being well into their 30s -- making them prime candidates to join United this month.

Should coach Erik ten Hag be serious about bolstering his attacking stable with a journeyman forward of a certain age, then he has plenty of options.

There are several former Manchester United players still plugging away out there who would likely jump at the chance for one last dance at Old Trafford. Few fans could comprehend why United signed a 30-year-old Ighalo on loan from Shanghai Shenhua in February 2020 to cover for a spate of attacking injuries, but he got to live his dream and made his contribution count with five goals 19 games, so a return for the Nigerian would barely raise an eyebrow.

It's was a pleasure. Once a Red, always a Red???? pic.twitter.com/uXVqIXxsAf

Chicharito scored 59 goals in 157 appearances for United between 2010 and 2015, earning himself "fan favourite" status in the process. He might not be quite as fresh-faced as he once was but his goal record for Galaxy proves that he still knows where the back of the net is.

Nani left United in 2015 and almost eight years later he's still going strong. Indeed, the wiry Portuguese winger recently signed a two-year contract with A-League side Melbourne Victory, demonstrating that he has plenty of gas left in the tank.

United fans could be forgiven for overlooking that Diouf ever played for their club but he most certainly did, scoring one goal in nine first-team appearances in 2009-10. After stints with Hannover and Stoke, the Senegalese striker last turned out for Turkish side Hatayspor in 2021 but has been a free agent for over a year, meaning that a move to bring him back on board at Old Trafford this late in the window should be simple.

Balotelli doesn't tend to stick around anywhere for very long and, given that he's already been in Turkey for over a year now, the former Manchester City is due a move. The Italian, who recently became the first player since 2011 to score five goals in a single Super Lig game, would surely relish a return to the venue of his iconic "Why Always Me?" goal celebration. Should the move for Balotelli collapse, United might be heartened to learn that Adana Demirspor also have 35-year-old Loic Remy, formerly of Chelsea and Queens Park Rangers, on their books as a back-up option.

Balotelli is the first player since 2011 to score 5 goals in a Super Lig game, becoming the first @AdsKulubu player to do so in the top-flight history.pic.twitter.com/doLWKBQAe0

The towering target man is still unattached after leaving West Bromwich Albion at the end of last season. He may be a former Liverpool player but we can't imagine many Reds fans would be against the man whose £35m transfer yielded 11 goals tipping up at Old Trafford.

Carroll isn't the only former Liverpool striker who is potentially poised to come to United's aid, with the comparatively young and spritely Sturridge still going. Unfortunately injuries are still a major issue for the forward, who mustered just 139 minutes of football in total for Perth Glory last season, after which the A-League club released him.

Surely Negredo, who scored 23 goals in his one season at Man City, would be willing to cross enemy lines for one last tilt at the Premier League?

It may be seven years since Bony last featured for Man City but the Ivory Coast striker is still knocking around. Having played just 15 minutes of competitive football this year, at Dutch club NEC Nijmegen, he'll certainly be fresh.

The 34th highest goal-scorer in the history of the Premier League, Adebayor certainly has the credentials when it comes to top-flight experience. A shock transfer to United would see the Togolese forward, currently playing his club football in his homeland, complete the set by playing for both Manchester clubs as well as both north London sides.

The man once heralded as the next great striker of his generation did actually play in the Premier League if only very, very briefly. The Brazilian scored one goals in two appearances for Chelsea while on loan from Corinthians in 2016. Scoff all you want, but a 50% goal-to-game ratio in English football is not to be sniffed at.

Austin hit his peak at Burnley and QPR, even finding himself called up to the England squad at one stage. After being released by QPR, the forward moved to Australia's A-league last month. Would he turn his back on the Queensland sun for a place on the Old Trafford bench?

Along with Austin, another former Southampton striker is still out there, poised and ready to answer United's call. After several years in China, former Italy international Pelle returned home with Parma last season but has been a free agent since his release at the end of the 2021-22 campaign. He still has it, if by "it" you mean the ability to score overhead kicks while completely unmarked.

With Paris Saint-Germain and Bayern all ticked off, it feels inevitable that the Cameroon forward should just go ahead and add another of European football's biggest and most prestigious clubs to his insane CV.

Cisse has come a long way since scoring THAT wonder goal for Newcastle United against Chelsea in 2012. Rather than moments of spontaneous greatness, we are of course talking in purely geographical terms -- as the Senegal striker has played in China and Turkey since leaving the Premier League.

The youngest option on the list, Berahino is only 28 though it's safe to say that he hasn't quite delivered on the early promise he once showed as a youngster at West Brom. With regular football increasingly hard to come by in his nomadic career, the striker spent last season at Sheffield Wednesday but was released after just one year. The Burundi international has, however, already scored at Old Trafford, in a famous win for the Baggies back in 2013.

If it's pure numbers in the squad that United need then perhaps a huge double-swoop to reunite this Sunderland strike duo, who combined for nine Premier League goals between 2013-15.

United could call on a Premier League winner in Okazaki, who lifted the trophy against all the odds with Leicester City back in 2015-16. You simply cannot put a price on that kind of winning pedigree.