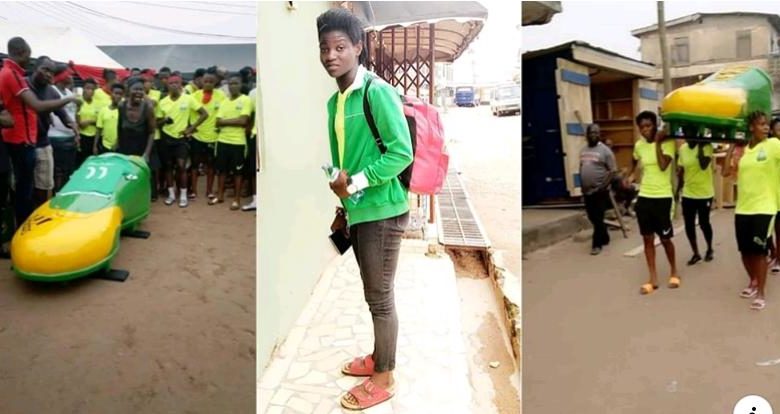 A Ghanaian female footballer, Berekisu Tejani, who played for National Women’s League side Sea Lions Ladies FC has finally been laid to rest.

Her remains were laid to rest in a boot-shaped coffin at the weekend.

The midfielder who was battling with an illness passed on Friday, January 3 at age 20.

Berekisu Tejani was not only a footballer but was also a 100-level student of the University of Cape Coast.

She was finally laid to rest on Monday.

Tears flow at her funeral as some of her friends, family, and teammates bid her farewell.

Being a footballer her family decided to send her home in a football boot-shaped casket to signify her love for her chosen career.