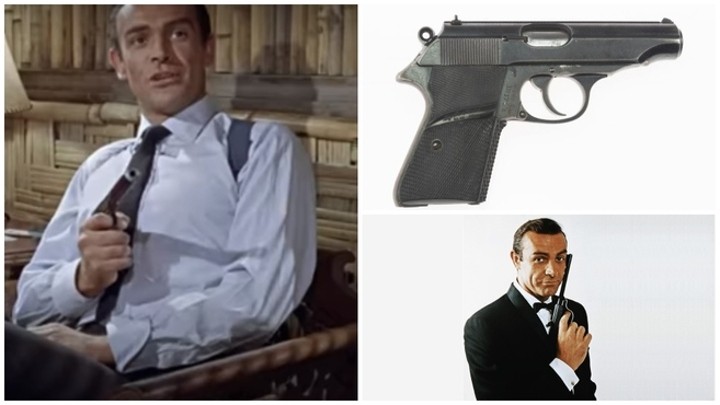 The pistol used by Sean Connery in the first James Bond film, Dr. No, has sold at auction for 260,000 US dollars, up to 90,000 dollars more than initially expected.

The value of the weapon is thought to have increased lately following the passing of the legendary Scottish actor.

The only things that are known about the buyer of the pistol is that they are American and that they are an avid fan of the James Bond film franchise.

The gun itself, a disactivated semi-automatic Walther PP, became an icon as part of the film series, along with its smaller model, the PPK.

Also sold as part of the Icons & Idols: Hollywood auction were Tom Cruise's helmet from Top Gun (108,000 dollars) and the eyepatch used by Bruce Willis in Pulp Fiction (35,200 dollars).