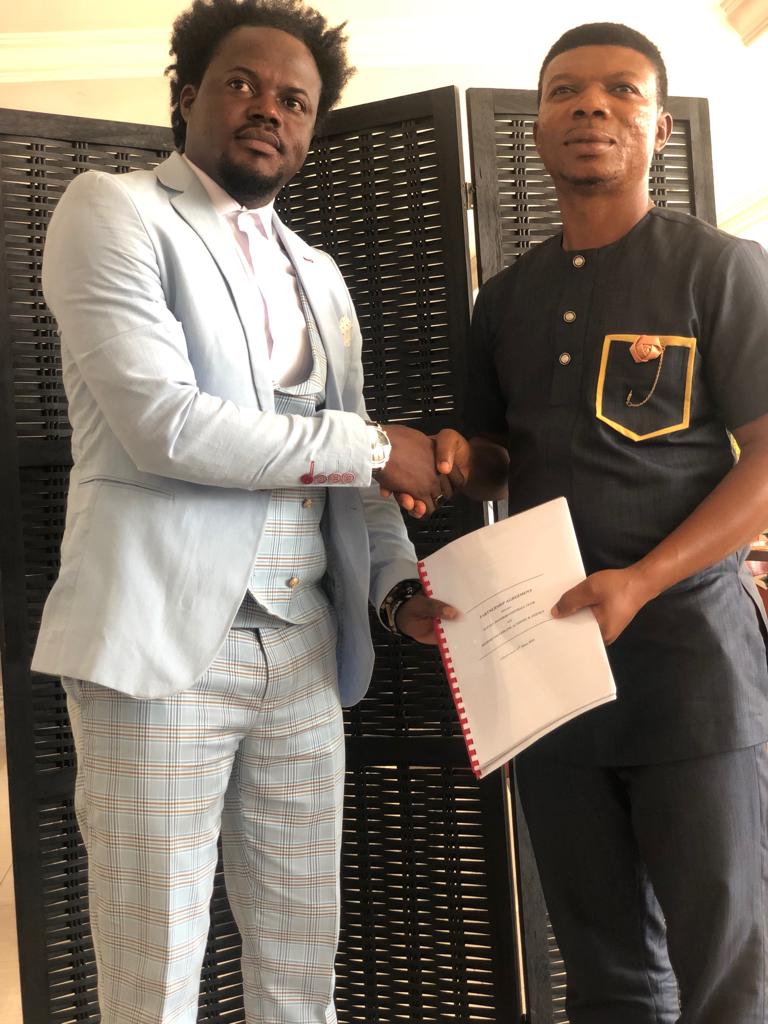 The taking over ceremony took place on the 17th of June at The PALMA Hotel in Spintex-Accra with representatives of both parties being present.

Seedorf Asante ( a licensed FIFA agent) and Fred OPOKU both CEO's of Seedorf Socerlink Academy and Agency acquired the ownership of the Techiman based club.

Mr. Owusu Ameyaw the vice president of Techiman Eleven Wonders football club led the delegation of the club with the club secretary and their Accra rep.

As part of this partnership agreement with Techiman Eleven Wonders football club, both parties have agreed to have a name that will serve the purpose and give identify to both parties here in Ghana and the football world as a whole.

Techiman Benfica Sporting Club is the new name that has been adopted by both parties.

This partnership will seek to develop youth football in the region and also expose the young talents to the international world of soccer.

A later date has been set aside for the major launch and unveiling of the new name to the people of Techiman and the football fraternity.