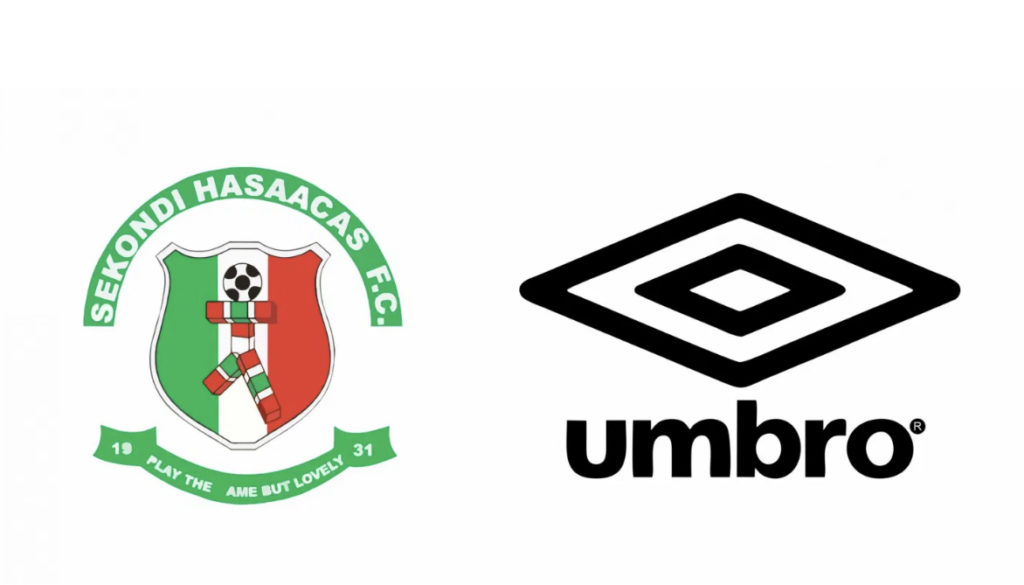 Umbro will be producing top-class kits for all three affiliates of the Sekondi Hasaacas Football Club brand.

The UK-based manufacturers will be providing all sporting wears for the Club starting 2020/2021 Football Season. Umbro is included in the My Africa product which also houses the Insurance Packages for the club’s players, technical team and registered supporters on the Membership Charter.

The partnership deal has been structured to cover all three teams of Sekondi Hasaacas FC brand; the first team, Sekondi Hasaacas FC which currently is competing in the Division One League, the Juvenile Side, Marlavands which is also in the Second Division and finally, the women’s team, Hasaacas Ladies which competes in the elites National Women’s League.

This unprecedented deal breaker with Umbro strengthens the Sekondi Hasaacas FC brand as the biggest football brand in the Western Region and on the national scale as the only Club housing three teams competing at various levels on Ghana’s football pyramid.

The ground-breaking deal will see Sekondi Hasaacas become the second Club in Ghana to be sponsored by Umbro as the firm is also locked on contract with Ghana Premier League giants Hearts of Oak.