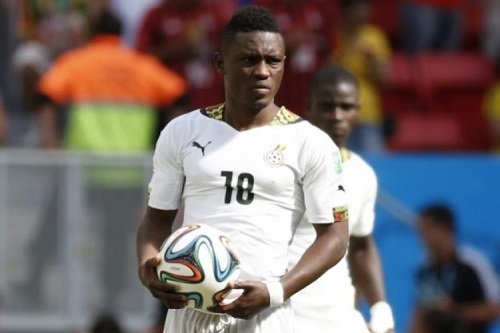 Forward Abdul Majeed Waris says he has lost 'a bit of interest' in the Black Stars, insisting player selection is purely based on politics.

According to the Strasbourg forward, players are not invited to the Black Stars based on merit and he believes that has affected the team's performance at tournaments.

Despite feeling proud to represent the country in the past, the 28-year old feels unlucky to have missed the Nations Cup in Egypt last summer, leaving him frustrated with the way players get invite to the national team.

"For me, I think it’s always good to play for your nation if you have the opportunity because you can always count yourself lucky if your whole country is calling on you to play for them. You are lucky," he told Get French Football News.

"I feel like I’ve played quite a lot of games, at the beginning I used to be very happy any time there was a national team game coming up but I’ve grown up to understand that there’re a lot of politics around the national team when it comes to selecting players for the tournaments,' he added.

"That made me realise a lot of things and lose a bit of interest because the selection is not based on your merit, it’s only based on politics. I feel like this is not very good because it’s affecting the nation as well."

The 28-year old's last international tournament with the Black Stars was at the FIFA World Cup in Brazil 2014.