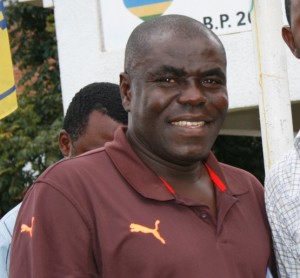 Hearts of Oak have pencilled down former national team coaches Sellas Tetteh and David Duncan to take over from Serb Nebojsa Vucicevic who could be fired next week.

The club's board of directors is demanding a win from the 50-year-old in Sunday's Premier League home game with Tema Youth or face the axe after meeting on Wednesday.

Duncan has been without a job after being axed as Ghana Under-23 coach last August.

Reports say Hearts top hierarchy would favour a Duncan appointment with Tetteh likely to be reluctant to join the 'Phobians'.

Hearts are seven points behind leaders Asante Kotoko but want to mark their centenary anniversary with the league title.