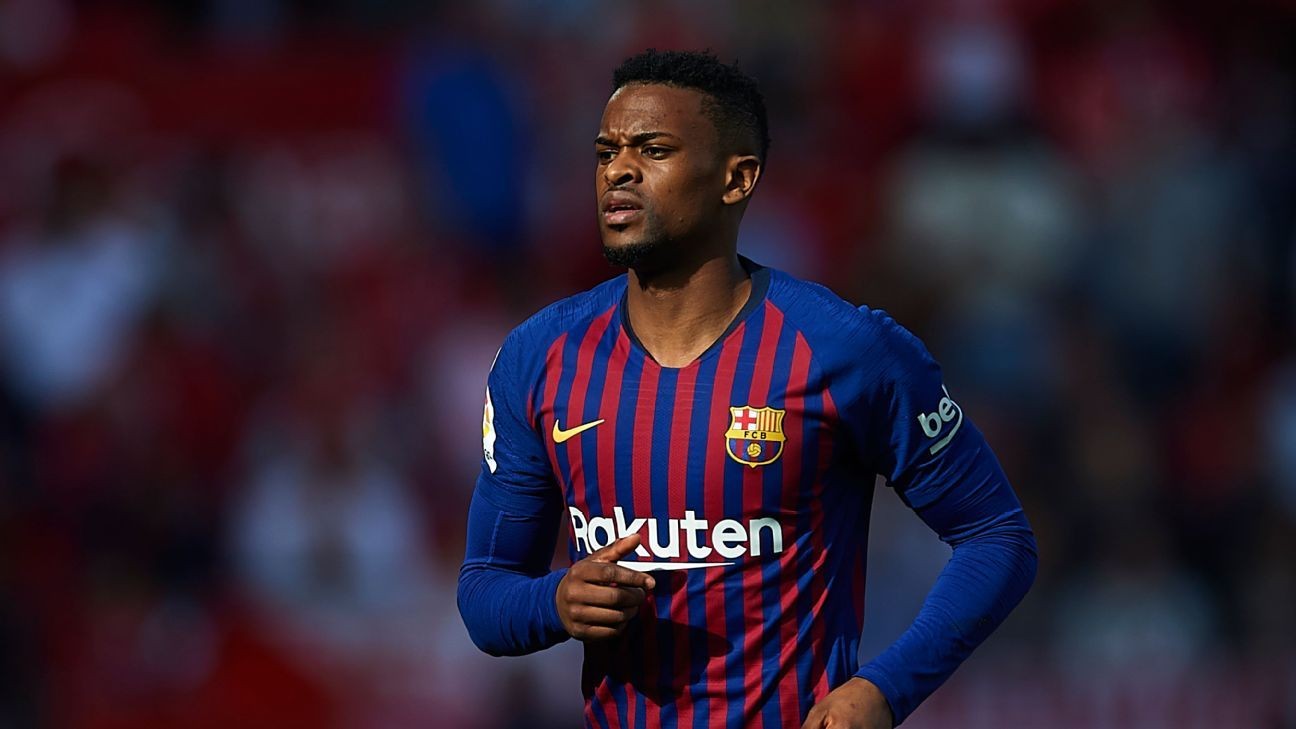 Wolves have confirmed the signing of right-back Nelson Semedo from Barcelona for a fee of €30 million guaranteed and €10m in add-ons.

Semedo, 26, joins the Premier League club on a contract until 2023 after spending three years at Barcelona, having won two La Liga titles and the Copa del Rey.

"I chose Wolves because it's a very good team that plays very good football," Semedo said. "Last year they did a very good season and it's a very important team in England, in also Europe. I hope this year we can do very good things.

"Coach Nuno is a very good coach. He did very good things here in Wolves, and in other teams too. For sure I'm going to learn a lot from him.

"The team did very good things the last three years. I'm ambitious and I hope this year we can do very good things, reach the top six and, if it's possible, do something special.

"I'm very happy to be here. I'm excited to get started and thank you very much for your support and we're going to enjoy it together."

Wolves were in need of a right-back following the departure of Matt Doherty to Tottenham earlier in the summer transfer window.

"They can expect a modern right-back, who likes to attack," the Portugal international added. "I can bring the team pace, speed. I like to go forward and come back. They can expect a lot of work and a lot of ambition.

Nuno Espirito Santo's side has also seen the sale of striker Diogo Jota to Liverpool for £41 million.

Wolves have already signed both Fabio Silva and Vitor Ferreira from FC Porto, Ki-Jana Hoever from Liverpool and Fernando Marcal from Lyon

Semedo is one of a number of departures from the Camp Nou this summer alongside Ivan Rakitic, Arthur, Carles Perez, Marc Cucurella and Arturo Vidal.