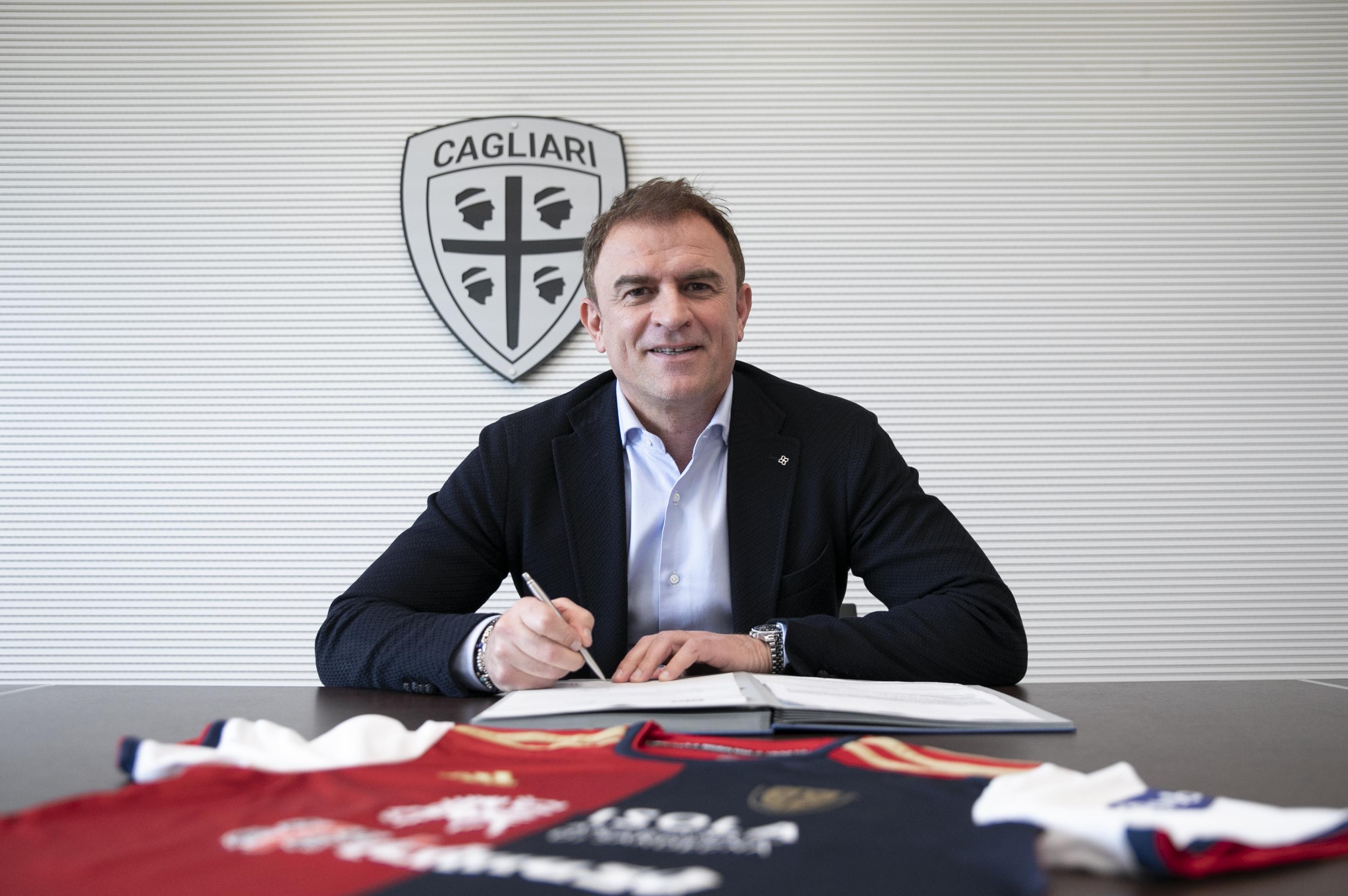 Cagliari Calcio announces that it has entrusted the responsability of the first team to Leonardo Semplici, who signed a contract with the Club until June 30, 2022. Along with the coach, Andrea Consumi joins the team as assistant coach; Yuri Fabbrizzi as fitness coach; Rossano Casoni and Alessio Rubicini as assistants.

Born in Florence on July 18 1967, he started his career as a coach in 2004, at Sagimignano, immediatly led to promotion to D. The following year he moved to Figline Valdarno, with which he was the architect of an authentic sporting feat: he won three Leagues out of four seasons and brought the team from Eccellenza to Lega Pro, also conquering the Supercoppa di Lega of Seconda Divisione.

After his experiences in Lega Pro with Arezzo and Pisa, he stayed in Tuscany to coach the Fiorentina’s Primavera, he held position there for three seasons; he brought the team to the semifinals of the 2013-14 championship, launching a lot of skilled players and making his team play well.

These good results led him again to run a first team; he arrived at Spal in December 2014 and began a new cycle of historical successes. In 2015-16 he won the championship and Supercoppa of Lega Pro; the following year he won Serie B and brings Spal to Serie A, where they had been absent for 49 years. In the next two seasons with the Ferraresi he always hit the goal of permanence in Serie A.

Professionalism, ductility, practicality: Leonardo Semplici is ready to take the reins of the Rossoblù.

Good luck with your job, Coach!