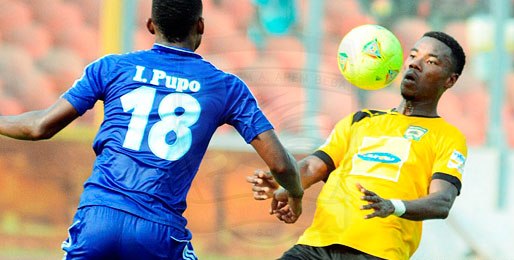 Asante Kotoko defender Abeiku Ainooson feels hard done by his sending off in the 1-1 draw with Hasaacas in the Premier League match played on Wednesday.

The centre half received his second booking on the day to take an early shower with over 15 minutes left to play.

Ainooson exited the game played at the Essipong Stadium in Sekondi at a time his side were 1-0 up and coasting to another vital win in their bid to retain their Premier League crown.

But the champions succumbed to a late equalizer and could have gone on to lose the match if not for a resolute defensive display.

Abeiku Ainooson however says the decision to send him off â€“ which affected this sideâ€™s rhythm â€“ was harsh.

â€œFirst and foremost I want to apologize to the fans for getting sent off,â€ he told Metro FM. â€œThroughout my football career this is the first time I have ever attracted a red card so it tells you I am not a dirty player.

â€œBut I believe the referee was harsh on the day especially in giving me the first yellow card.

â€œHe was always taking a foul against me in every tackle and in the end I think my sending off was unfair.â€

The ex New Edubiase defender will now be serving an automatic one-match ban just when he returned from a month-long injury.