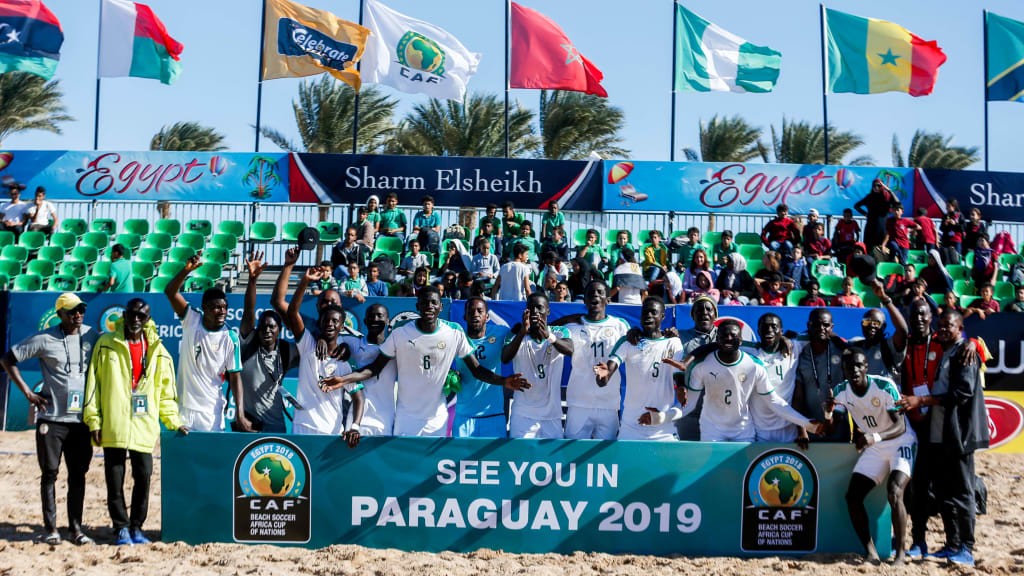 Senegal once again dominated proceedings in Egypt last week, winning the CAF Beach Soccer Africa Cup of Nations and claiming a spot at the FIFA Beach Soccer World Cup Paraguay 2019 in the process. Impressively, they have now emerged victorious from five of the last seven continental tournaments.

For the second Cup of Nations in a row, Senegal defeated Nigeria in the final, but as was the case two years ago, the runners-up also qualified for the Beach Soccer World Cup. In fact, this will be the fourth time that both countries have represented Africa together on the global stage.

Now Sports Betting Sites based in Nigeria are predicting that the Nigeria are preparing to end that jinx with a win over their West African neighbours if they meet at the World Cup.

The competition was a source of great frustration once more for host nation Egypt, who finished third and remain the only team to have participated in every Cup of Nations who have not qualified for the World Cup.

A 7-2 win over Morocco at the #BSAFCON2018 has secured Africa's second and final #BeachSoccerWC spot ️ pic.twitter.com/qoSaJ1ySpg

Pivot Lansana Diassy was the only player to score in all five of Senegal’s matches in Egypt.

See you at #BeachSoccerWC Paraguay 2019, Nigeria! 🇳🇬🇳🇬🇳🇬@thenff are headed to their sixth world finals. Congrats!

Pivot Abu Azeez has now surpassed the 100-goal mark with Nigeria. His successful strike in the final extended his running total to a remarkable 104.

How to play beach soccer