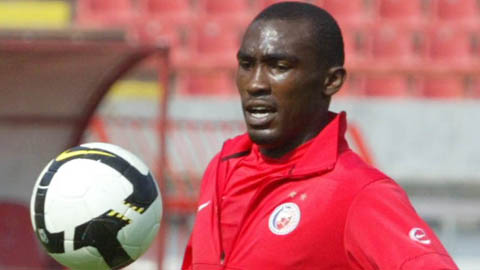 Serbian giants Red Star Belgrade have reported Lee Addy to Fifa seeking disciplinary action against Ghanaian defender, claiming he has failed to turn up for pre-season.

The centre-back was given a deadline of midnight on Monday to join the clubâ€™s pre-season in Zlatibor or face disciplinary action at Fifa and Uefa.

Addy, who claims he is ill in Ghana, failed to turn up by the deadline which has resulted in Red Star reporting the defender to the world governing body and Uefa.

â€œWe have already contacted FIFA and UEFA, and we will send a new letter asking to carry out monitoring, to determine where the player is,â€ Red Star secretary general Djordje Stefanovic said.

â€œIt is possible to get a ban imposed on him or a fine or both. The ban could affect his participation for the national team since he was on national duty.

The former Berekum Chelsea star has not returned for pre-season despite concluding his international assignments insisting a malaria attack is preventing him from travelling.

Addy was part of the Black Stars that played in the matches against Congo and South Korea and was expected to have rejoined his team-mates two weeks ago.

The central defender has refused to answer several calls from the coach and legend of the club Robert Proscineski since he failed to turn up.

The only Red Star official who was able to reach the Ghanaian is team manager Mirko Abramovich who had called the player for seven days before reaching him.