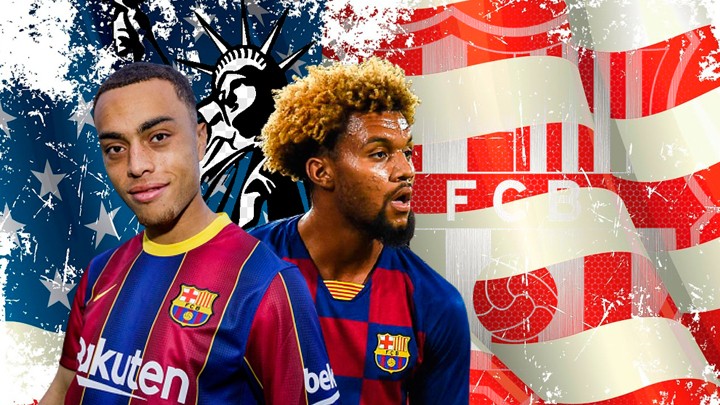 Barcelona have waited almost 121 years to have an American player at the club and now, all of a sudden, they have two.

Konrad de la Fuente and Sergino Dest are the first two Americans to play for Barcelona, and they arrive as two friends who have known each other from the underage ranks of the US national team.

De la Fuente had been in place at the club first, but it was Dest who took the honour of being the first American to make an appearance for the Catalans as he featured in the weekend's draw against Sevilla, whereas Konrad had only made friendly appearances.

Both have had interesting journeys.

Dest's American roots come from his father, who was born in Suriname - a Dutch colony to the north of Brazil - but moved to New York with his parents as a youngster.

It was on his travels as a soldier that he met Sergino's mother in the Netherlands and she also has Surinamese roots.

Sergino was born in Almere, Netherlands, 19 years ago but his father played an important role in his decision to play for the United States and he debuted last November.

Konrad's case is quite different and he was born on American soil in Miami.

His parents are Haitians and were taken to Florida for work reasons before moving to Barcelona with a 10-year-old Konrad.

He joined La Masia at 12 and worked his way up from there, now nearing a USMNT debut.

Barcelona's marketing department are delighted to have two young Americans in the first team.

Their nationality allows the Catalans to exploit a market that they are already operating in.