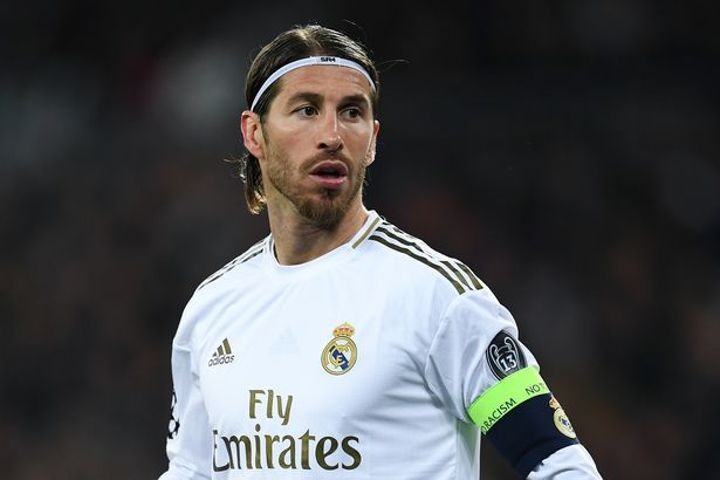 Sergio Ramos could be on his way out of Real Madrid owing to the ongoing coronavirus pandemic.

The defender’s contract is set to expire in June 2021, and at the age of 33, there are now doubts he will remain with the La Liga giants beyond this date.

However, there have been preliminary discussions, according to Marca, but there is no rush from Real’s end to get the deal wrapped up.

Now that the coronavirus has struck the globe, with profound harshness on Spain, the situation in football has changed where contract renewals are concerned, as no one knows the financial impact it will have on clubs in the coming months.

Ramos wants to remain with Los Blancos, and while the issue of salary won’t be a problem, there could be disagreement over the number of years that the club are willing to offer.

Real Madrid do not traditionally offer players aged 32 and over a contract for more than one year - yet Ramos wants a deal that will see him remain at Madrid past 2022.

So far, the Spaniard has signed three new deals with Real since joining the side from Sevilla in 2005 for a reported €27million.

There has always been clubs interested in signing Ramos, most notably Manchester United, when they enquired about the player in 2015.

But Ramos - who will celebrate his 34th birthday on Monday - eventually snubbed the Red Devils and signed a fresh deal which kept him at the Santiago Bernabeu until 2020.

During his illustrious tenure at Real, the captain has won 21 major trophies with his side, including four La Liga titles, three Champions Leagues - three of which were consecutive- two Copa del Reys, three UEFA Super Cups, and four FIFA Club World Cups.

The Andalusian has made 640 appearances for his club in total, netting an impressive 91 goals from the backline.