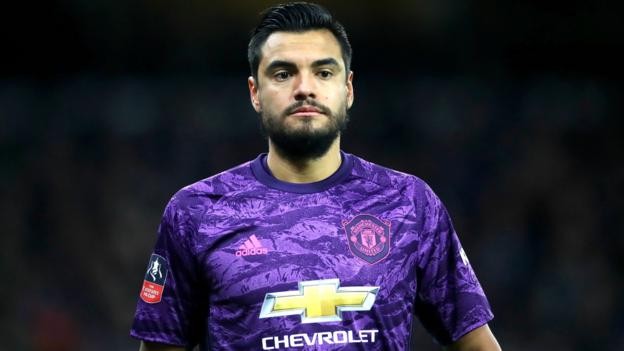 Manchester United goalkeeper Sergio Romero is unhurt after crashing his car, the club have confirmed.

Pictures were posted online of a badly damaged Lamborghini wedged under a crash barrier on the A6144 Carrington Spur Road on Monday morning.

Greater Manchester Police confirmed a crash involving a Lamborghini happened at 10:00 GMT, but no-one was injured and there were no other cars involved.

Romero, 32, was on the bench as the Red Devils lost 2-0 at Liverpool on Sunday.

The crash occurred near to Manchester United's training ground.

As understudy to David de Gea, the Argentina international has made 53 appearances for United, mainly in cup competitions, since his move from Sampdoria in 2015.