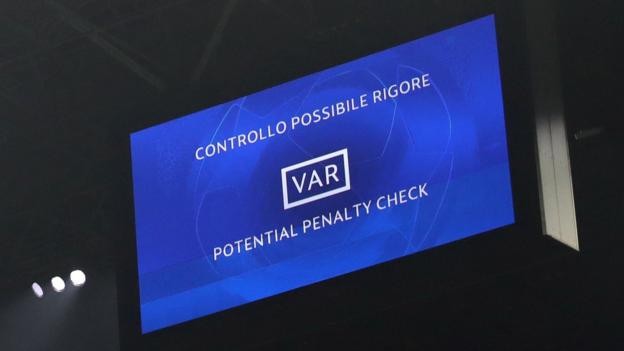 Could a system where managers are able to use 'VAR challenges' be introduced in Italian football?

Serie A began using the current video assistant referee system in 2017-18 but it has been criticised by managers.

Italian football's governing body, the FIGC, has now asked Fifa for a system where clubs can challenge decisions and ask for technology to intervene.

It comes after a number of Serie A clubs requested the FIGC made changes to allow an on-field review by teams.

The FIGC believes managers should be allowed to challenge decisions like in some other sports.

In top-level tennis events, players get three challenges per set where they can ask for close line calls to be reviewed, while teams can also ask for reviews in international cricket.

The FIGC says it is "convinced that, by continuing the path already undertaken, football can be brought into a dimension ever closer to the millions of fans, without affecting the referee's authority but rather by providing him with concrete tools".

It has informally put the idea to Fifa's rule-making body, the International Football Association Board (Ifab), and says it is ready to experiment with the use of challenges.

The subject could be discussed when Ifab holds its Annual General Meeting in Belfast on 29 February.