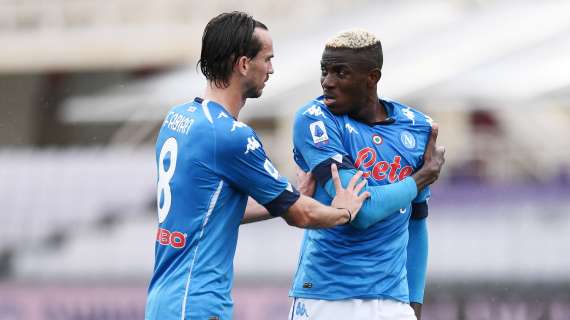 Ex-Lazio, Milan and Napoli player Paolo di Canio has given his thoughts on the Partenopei’s upcoming game against Leicester City.

The Italian was talking to Il Mattino about the upcoming clash and he gave his views about various aspects of how the Foxes play under Brendan Rodgers. But he tipped Osimhen to cause problems to Leicester defender Jannik Vestergaard.

He stated: “Vestergaard, who has just arrived from Southampton is tall and wiry but with someone like Osimhen, if the Nigerian plays, he will have a hard time.

“Then there is the Turkish defender [Caglar Soyuncu] who had to go to City but then stayed and he has lost his head. Soyuncu also did damage to Turkey.”