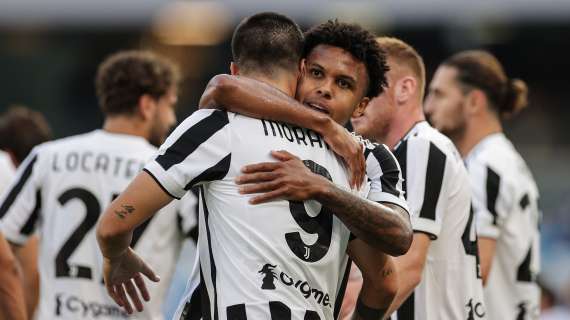 After a flurry of first-half goals, Juventus defeated Malmo 3-0 in the Champions League on Tuesday, claiming its first win of the post-Cristiano Ronaldo era.

In the south of Sweden, Alex Sandro's 23rd-minute opening was followed by goals from Paulo Dybala — from the penalty spot — and Alvaro Morata on the stroke of halftime.

Kean, who was brought in to replace Ronaldo, was stopped in the 90th minute by Diawara's outstretched right foot after being put in by a clever pass from Sweden's Dejan Kulusevski.

Juventus has failed to win any of its three Serie A games this season, with the previous two losses coming following Ronaldo's departure to Manchester United.

Allegri's first win since returning to Juventus for a second term in command came in the offseason. Seven years ago, he made his Champions League debut as Juve coach against Malmo in Turin, winning 2-0.