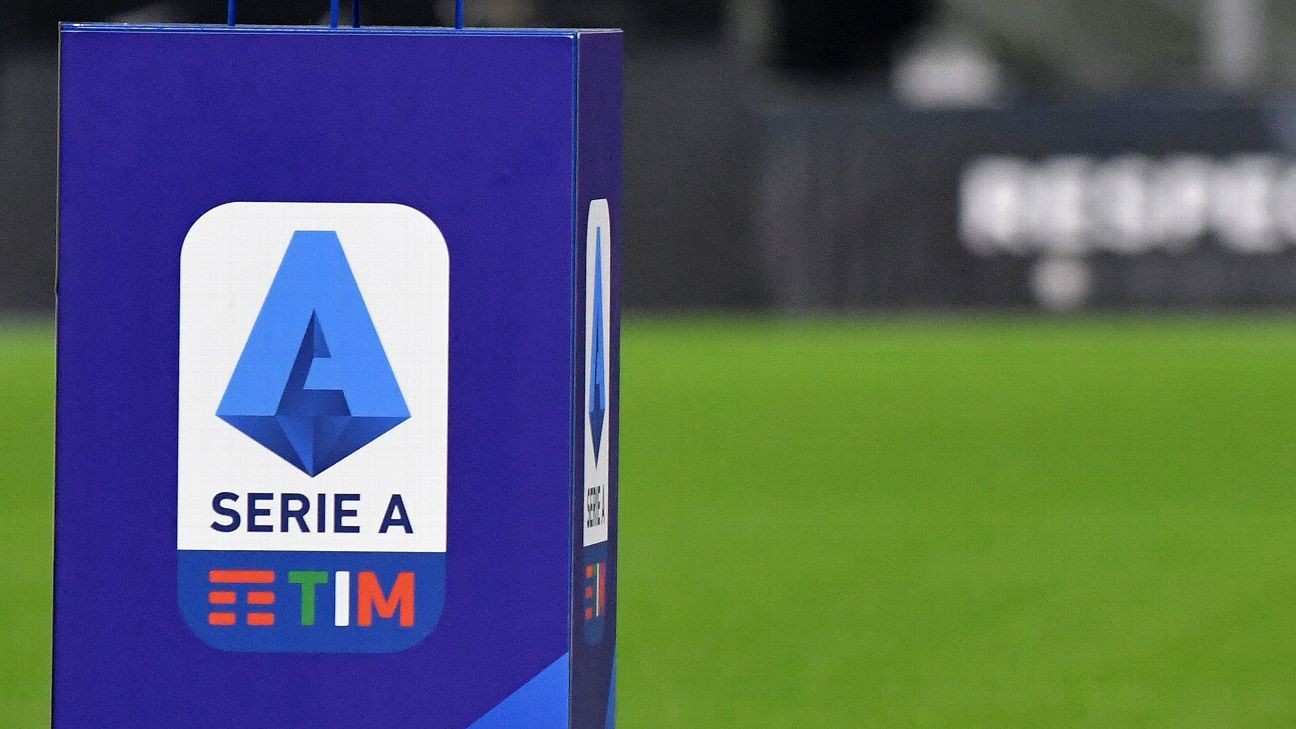 Julien Laurens reacts to the Italian sports minister giving Serie A the go-ahead to resume June 20.

Serie A teams will face two games a week for the rest of the season once the league restarts following the coronavirus stoppage, according to the fixture list published on Monday.

The league confirmed that it will restart on June 20 and finish on Aug. 2 and there will be matches almost every day during that period as it completes the remaining 12 rounds of matches, plus four games outstanding, in just over six weeks. In all, the league will play 124 matches over that time period.

Serie A has been suspended since March 9 because of the pandemic, but the government gave the green light for it to restart last Thursday.

Most weekend matchdays will run from Saturday to Monday and midweek rounds from Tuesday to Thursday.

Kickoff times will be 19.30 or 21.45 local time, although there will be some 17.15 starts despite concerns from the players' union about possible high temperatures.

The league will resume with the four matches postponed from previous rounds. Torino-Parma get the ball rolling at 19.00 local time on June 20 followed by Verona vs. Cagliari.

The first full matchday will be on June 22 with three games, including leaders Juventus at Bologna. Second-placed Lazio, who are one point off the top, will play their first game two days later with a tricky visit to fourth-placed Atalanta.

The potentially decisive match between Juventus and Lazio will be on July 20.

Meanwhile, the head of Italy's football federation (FIGC) said he hopes that some fans can be allowed back into stadiums to watch Serie A matches before the end of the restarted season.

"It's a wish, I sincerely hope so," FIGC president Gabriele Gravina said when asked about the return of fans to stadiums.

"It's hard to imagine that, with all the precautions that are being taken, you cannot have a certain percentage of people in a stadium with 60,000 or 80,000 seats."

He added that allowing fans into stadiums could be seen as a "sign of hope" for the country.

Hungary, where the season restarted on May 23, has already started allowing small numbers of fans into stadiums and Poland will allow stadiums to be filled to up to 25% capacity from June 19

Juventus, chasing a ninth successive title, lead with 63 points from 26 games followed by Lazio (62), Inter Milan (54) and Atalanta (48). The three teams in the relegation zone are Lecce, SPAL and Brescia.

The start of the Serie A season will be preceded by the Coppa Italia semifinal second legs, possibly on June 13, with the final on June 17.