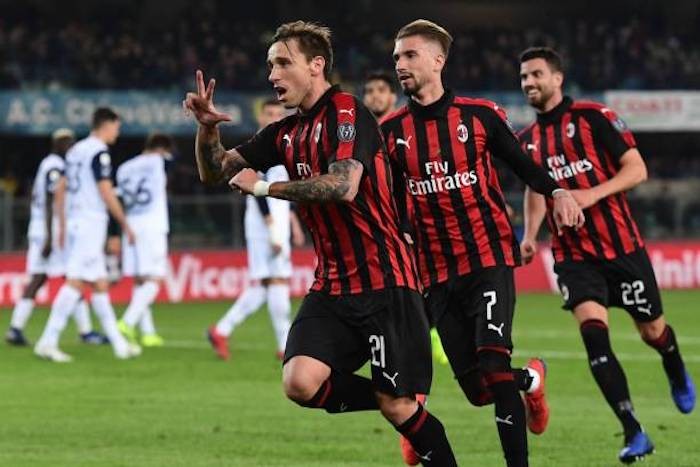 Following another week of gripping European action domestic matters take precedence as Serie A returns with Round 28.

We begin with Cagliari are undefeated in their last two encounters vs Fiorentina in Serie A (W1 D1), after losing the previous three in the competition.

Their opponents from Florence have lost only one of their last 10 games away from home in the league (W3 D6), however they were defeated in the most recent such match (vs Atalanta).

Towards the middle of the table, Sassuolo have kept a clean sheet in their last three encounters vs Sampdoria in the top-flight, they have never managed four shutouts in a row against a single opponent in the competition.

Sampdoria (seven) and Sassuolo (five) are two of the three sides with the most penalties goals scored in Serie A this season (Juventus, six).

The hosts in the next encounter – SPAL have won only 11 points in their last 18 matches in the league (W1, D8, L9): the joint-negative tally alongside Chievo.

For the visitors, surprise appointment Claudio Ranieri has a win percentage of 58% in Serie A with AS Roma (W36, D14, L12): his highest percentage among the seven teams he has managed in the competition.

Bologna’s midfielder Blerim Dzemaili has scored five goals in six games against Torino (his favourite opponent), including his only hat-trick in the competition (March 2013).

Hosts Genoa have lost more games (62) and conceded more goals (211) versus Juventus than they have against any other team in Serie A.

Juventus’ Champions League hero Cristiano Ronaldo has failed to score in his last two Serie A matches; only once before has the striker failed to find the net in three consecutive league games for Juventus (in his three first matches of this campaign).

Consistent Atalanta have scored the most goals with their defenders in the current season: 17, only three fewer than Chievo netted in total in the current Serie A.

Slow-starting Chievo are the only side yet to find the net in the first 15 minutes of league matches this term, while Atalanta have conceded the joint-most goals in that period (9, level with Cagliari).

At the wrong end of the table, Empoli have won just one of their last 12 Serie A meetings (D3 L8).

Struggling Frosinone have scored at least two goals (2.3 on average per match) in all three of their Serie A matches against Empoli.

In the capital Lazio have scored in their last 10 league games: the second longest such current run among the sides in the Serie A after Juventus (28 matches).

Strangely, Parma substitutes have scored only one goal (Dimarco against Inter in September): no team has had fewer substitute goal-scorers in the league this season.

Towards the top, Napoli are unbeaten in their last seven Serie A home games against Udinese (W6, D1); the last time the Bianconeri won at San Paolo Stadium was back in April 2011 (1-2).

Opponents Udinese have conceded the most goals from penalties (eight) in the current campaign (including one in their last match against Juventus).

Definitely the best fixture is saved This will be the 170th Milan derby in Serie A; the Nerazzurri have won twice and drawn three of the meetings since the Rossoneri last won, back in January 2016 (3-0).

AC Milan have failed to score in their last two Milan derbies in the league: only twice in the history of the competition have the Rossoneri failed to find the net in three consecutive games against Inter (the last time was between 1979 and 1981).