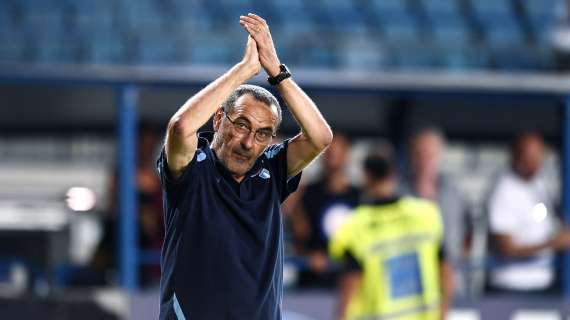 Lazio boss Maurizio Sarri has talked about the pressure that he is facing ahead of the Derby della Capitale on Sunday.

Roma will be without Lorenzo Pellegrini, who was sent off during the club’s game against Udinese. But Lazio will be with most of their main players.

Sarri was speaking to the media ahead of the game on Sunday. He talked about the pressure involving the game and stated: “This match intrigues me a lot, it is special, it would be great to give satisfaction to the Lazio fans. Pressures? The media pressure does not correspond to the pressure Inside the locker room. The match in which I had the most pressure, on a personal level, was Sangiovannese-Montevarchi, the Tuscan Serie C derby. There is a century-old rivalry between these teams.”

Lazio have struggled in the last two games in the league, having been held to a draw by Torino and Cagliari. They had lost in the Europa League to Galatasaray as well.