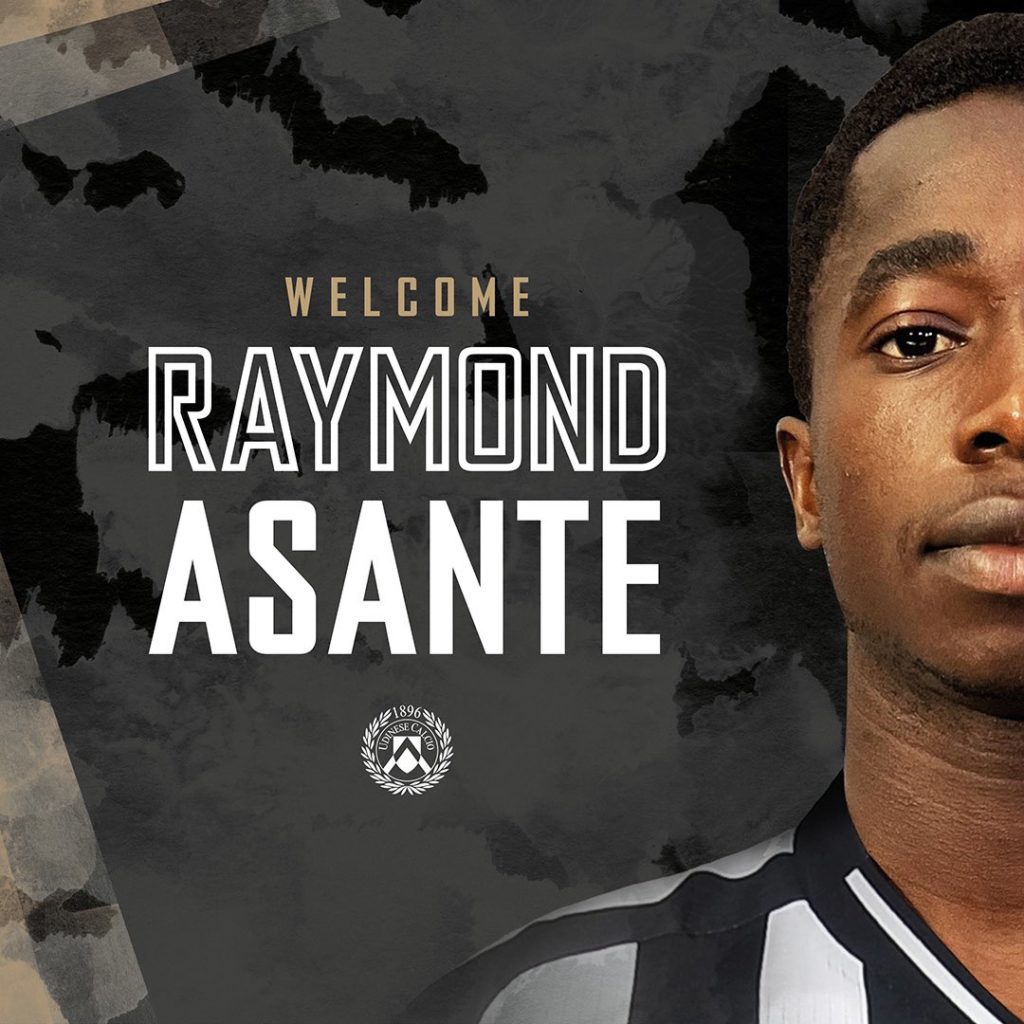 Italian Serie A club Udinese Calcio have announced that they have signed young Ghanaian footballer Raymond Asante, GHANAsoccernet.com can report

The Ghanaian striker born in 2004 joins Udinese from the Ghanaian First Division side Young Apostles FC for an undisclosed fee.

Asante is an offensive winger and also capable of playing behind the striker.

The 18-year-old attacker is gifted with great speed and creativity in one-on-one and a good football on goal.

Asante was instrumental in the Ghana First Division league last season where he bagged 6 goals and provided 6 assists is tipped for greatness in the future.

He was named man of the match on four occasions in the 2021-22 campaign, attracting several suitors for his signature.

Asante signed a five-year contract with Udinese which will see him at the club until June 30, 2027.