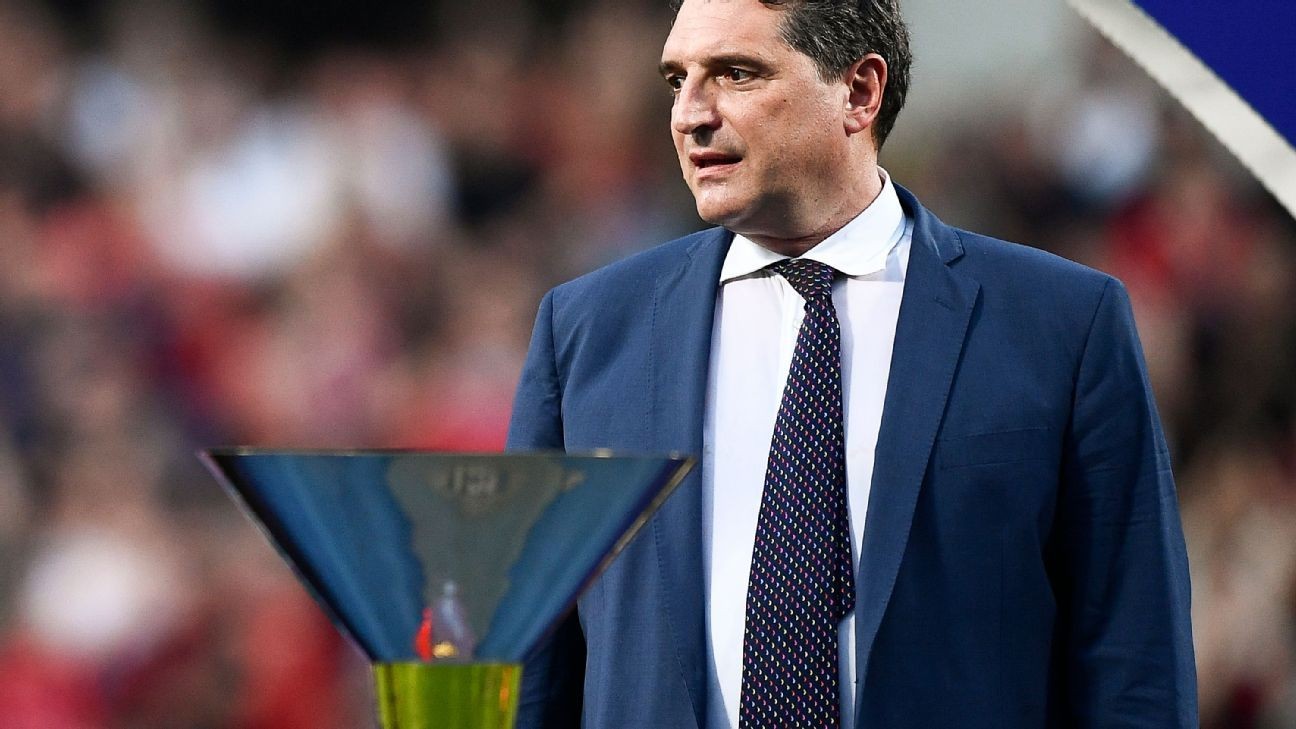 Serie A CEO Luigi De Siervo stands with the Scudetto, awarded to the league's winner each season. Getty Images

Starting next season, the Serie A title will be decided by a playoff if the top two teams finish with the same number of points.

The Italian football federation announced the rule change after getting approval from the Serie A clubs.

Previously, the head-to-head record had been used as the first tiebreaker between teams finishing on the same number of points, a rule which nearly came into play last season.

AC Milan clinched the Scudetto on the last day of the campaign in 2021-22 with a win at Sassuolo to finish two points above defending champion Internazionale. Had the Rossoneri drawn the match, they would have still won the title as they had the better head-to-head record over their city rival.

There will be no extra time in the title-deciding playoff match, which will go straight to penalties if the game is drawn after 90 minutes.

Head-to-head will still be used as the tiebreaker if teams are on the same number of points anywhere else in the table, unlike when playoffs were previously a factor in Serie A.

Prior to the 2005-06 season, playoffs were used if teams were tied on points for positions that would decide the title, relegation or European qualification. Many other leagues, including the Premier League, use goal difference as the first tiebreaker.

The only time a playoff was used to decide the Serie A champion was in 1964 when Bologna beat Inter 2-0 to win the last of their seven league titles. Had head-to-head record been the first tiebreaker, Inter would have triumphed.