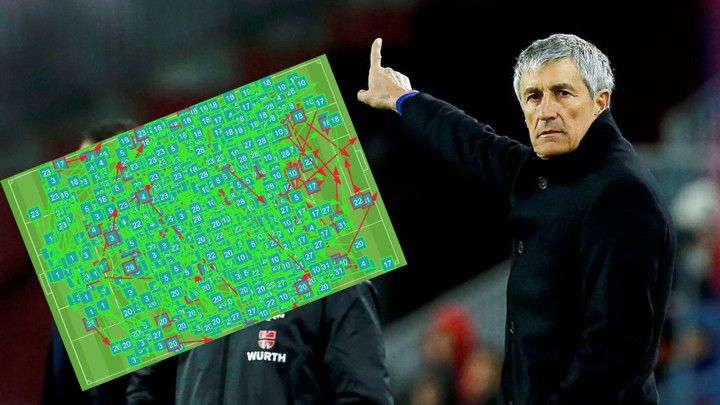 Quique Setien has already made his mark on this Barcelona team.

His first match in charge saw the Catalan club register their best passing statistics for the current season, with 921 out of 1,005 passes completed.

This is Setien's highest passing total in LaLiga Santander, beating his previous record of 719 out of 788 completed with Real Betis.

It doesn't stop there. It's also the third highest tally since OPTA began recording passing statistics in the 2008/09 campaign - Pep Guardiola's first as Blaugrana boss.

Barcelona's record is 962 passes completed in a match against Levante in the 2010/11 season.

Barcelona also had 82.6 percent possession against Granada - their eighth highest percentage since OPTA records began. Neither Luis Enrique nor Ernesto Valverde's teams had more possession than this.