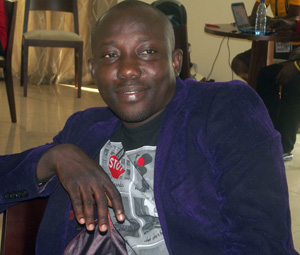 New Edubiase United has received offers from seven Ghana Premier League clubs for their star striker Abdul Basit Umar, the president of the club has confirmed.

Umar, a former Ghana U20 striker, recently returned to the Division One League club after spending time with Irish club Ballymena United on loan.

After ending his stint, he returned to the country and has been part of the New Edubiase club playing in the Division One League this season.

Club president Abdul Salam Yakubu confirmed in an interview on Ashh FM: "Seven clubs have written to us for the services of our player Abdul Basit Umar."