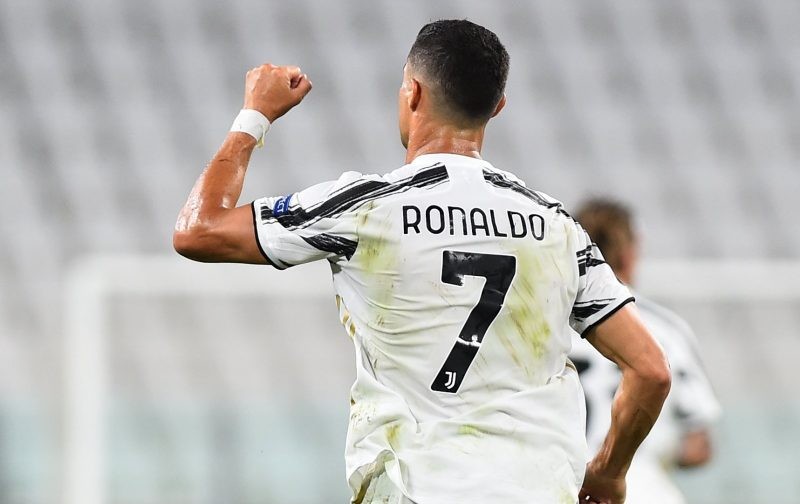 With the introduction of VAR, a lot has changed in football. The financial fair play and the new handball rule are all new. But amidst all these, one thing has refused to change in football, and that is the presence of Cristiano Ronaldo, and his ability to break records.

Going back more than a decade to when PokerStars was just one of the many new casino sites out there, Ronaldo was both the face and brand ambassador for the site, and a very successful one at that!

Most of the normal footballers would be slowing down by 35, looking for one last contract across the Atlantic or in the Far East, while some others may be preparing to get their coaching badges and see if there is a good career for them in that field. But we have an extraordinary footballer in Cristiano Ronaldo. He still operates at the highest peak in football, scoring fantastic goals, and playing for the biggest teams in Europe.

Ronaldo is one player that has succeeded in making the extraordinary ordinary. In the books of Ronaldo, 20 goals a season are so ordinary for him. That is why his 35 goals in the last season is seen as something very extraordinary for a player of his age.

Since Ronaldo left the Santiago Bernabeu and joined Juventus, he has been breaking records from all angles, making his mark in the sands of time in Italy and changing the tides of Italian football. Below are some of the records in question.

Fastest To get a Half Century

Record: Ronaldo became the fastest player to net 50 goals in Serie A

He achieved this in 61 appearances for the team. It was against Lazio in July that he netted a brace within 3 minutes. The five-time Ballon d’Or winner’s brace made it the fastest half century in the league. The former holder of the record was Andriy Shevchenko, when he scored 50 goals in 68 games for AC Milan. Record: Ronaldo became the first player to net more than 30 goals in a season in the three biggest leagues in Europe

It was also the 2 – 1 win against Lazio that made it 30 goals for him last season, setting him up as the only player that has succeeded in netting more than 30 goals in the English Premier League, the Spanish La Liga and the Italian Serie A. He scored 31 for Manchester United in 2008 and more than 30 goals per season in six seasons with Real Madrid.

Record: He became one of the only three footballers to score at least a goal in 11 straight Serie A games

Here, he did not break the record. Instead, he matched the previous record. Last season, he achieved an 11 game scoring streak, and succeeded in matching the record held by a royalty in Serie A, known as Fabio Quagliarella in the 2018/19 season and another by Gabriel Batistuta in the 1994/95 season. He succeeded in netting a total of 16 goals in the 11 games, only to fire blank in the 12th game against Inter.

Most Consecutive Serie A Goals

Record: the first player in Juventus to score in 10 straight Serie a games

He may be at par with some players in the most consecutive Serie A goals, but not in most Juventus goals. He is the only player in the history book of the Italian Serie A to score more than 10 consecutive goals in 10 consecutive games for the old lady. That places him in a league of his own. Record: he has scored more Serie A goals than any other Portuguese player

The Serie A has had some legendary Portuguese in their team, but none has come close to Ronaldo in goals. There are people like Rui Costa and Luis Figo, but Ronaldo trumps all of them. He is about leaving an indelible mark on Italian soil. Currently, the Juvenus star has scored more goals than any other player from Portugal in the Serie A. He is still at 52 goals, and is expected to increase the tally this season.

Record:  the first Portuguese to score a hat-trick in the history of the Serie A is Cristiano Ronaldo

He is also one of the only two players that have scored a hat trick in the Serie A, La Liga and the English Premier League. The next huge sporting accomplishment to this is the fact that his trifecta has some class to it. While he scored one in the Premier League and one in the Serie A, he has up to 34 in La Liga. Sanchez Alexis is the only player that comes close, with his one at Udinese, one at Barcelona and two at Arsenal.

Most Goals in a Single Season for Juventus

Record: Cristiano scored 31 goals in Serie A in the 2019/2020 season to equal the Juventus all time most goals in a Serie A single league season.

Many prolific attackers have adorned the Juventus shirt, including greats like Ian Rush, Michel Platini, Roberto Baggio and Alessandro Del Piero. Most of them are former Ballon D’or contenders, and some, winners. However, none of them was able to score the number of goals that Ronaldo have succeeded in scoring in one league season.

Platini was able to do 20 as his best in a single season, while Del Piero and Baggio managed 21 each. But Ronaldo was able to score 31 goals last season, matching the record that Felice Bore set in the 1933/34 season, 86 years ago.

The post Seven Serie A Feats and Records of Cristiano Ronaldo at Juventus first appeared on Forza Italian Football.