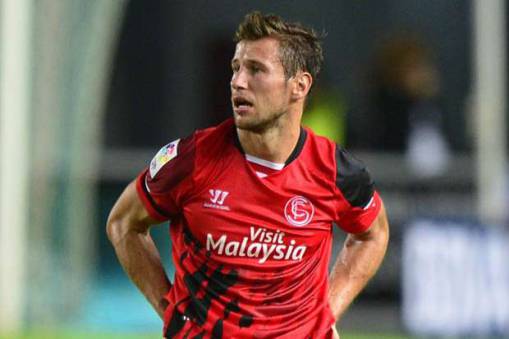 Juventus are rumoured to be targeting Sevilla midfielder Grzegorz Krychowiak, who would command a fee of at least €15 million.

The Polish midfielder joined Sevilla from French club Reims for €5m in 2014, and has caught Juventus’s eye as they search for a player capable of both dictating play and breaking up opponents’ attacks.

According to Tuttosport, the good relationship between the two clubs could facilitate the transfer, following Fernando Llorente’s move to the Spanish club from Turin last summer.

It is thought that Juventus may be preparing for life after Paul Pogba, with the French midfielder linked with a move to Barcelona, Manchester City and Chelsea, though his agent Mino Raiola has suggested the playmaker could be ready to sign a new contract with the Bianconeri.