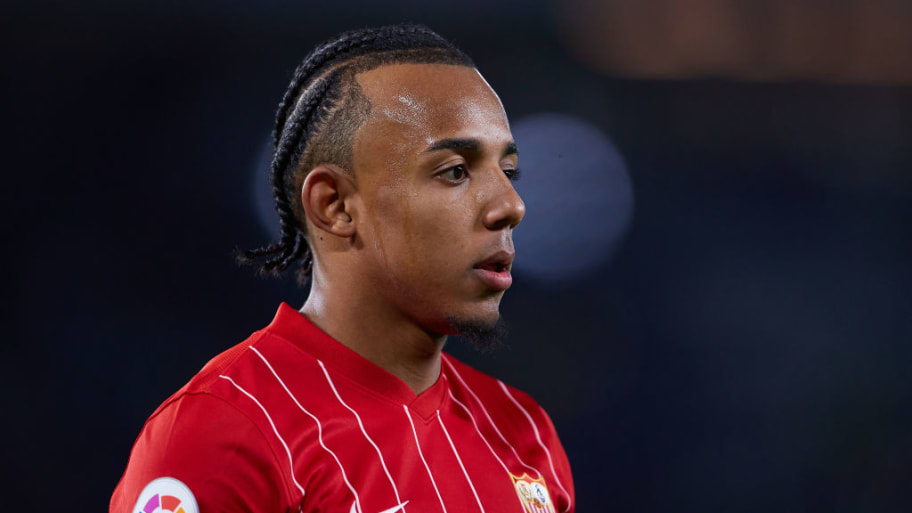 Sevilla are expected to knock back any interest in centre-back Jules Kounde in the winter transfer window.

Chelsea are long-term admirers of the Frenchman and could reignite their pursuit in January, but Manchester United are also keeping a close eye on Kounde and have been tipped to go in for him in the coming weeks.

It's AS who first suggested that a January approach from United was possible, with Sevilla said to be 'fearful' that the Red Devils were about to trigger his £68m release clause and bring him to Old Trafford midway through the season.

If United want Kounde in January, they will have to pay that full amount as Marca state Sevilla are not prepared to negotiate whatsoever until the summer.

While those in charge at Sevilla are aware that they need to make a big sale before the season ends on June 30 to balance the books, they are adamant that Kounde will not be leaving the club before they are ready to let him go.

The belief is that nobody is coming up with that kind of money midway through the season. Chelsea refused to climb higher than around £45m in the summer and United have an expensive partnership of Harry Maguire and Raphael Varane already.

However, there could be a different story in the summer.

Sevilla are keen to get as much of that £68m as possible, but unlike in January, they would actually be prepared to do a bit of negotiating if needs be.

Real Madrid have also been touted as possible suitors in the summer, particularly if they can land Paris Saint-Germain's Kylian Mbappe without having to spend money on a transfer fee.

Kounde is absolutely expected to leave the club in the summer, and Sevilla are prepared to do everything they can to ensure he doesn't go any earlier.

This article was originally published on 90min as Sevilla rule out Jules Kounde sale in January.