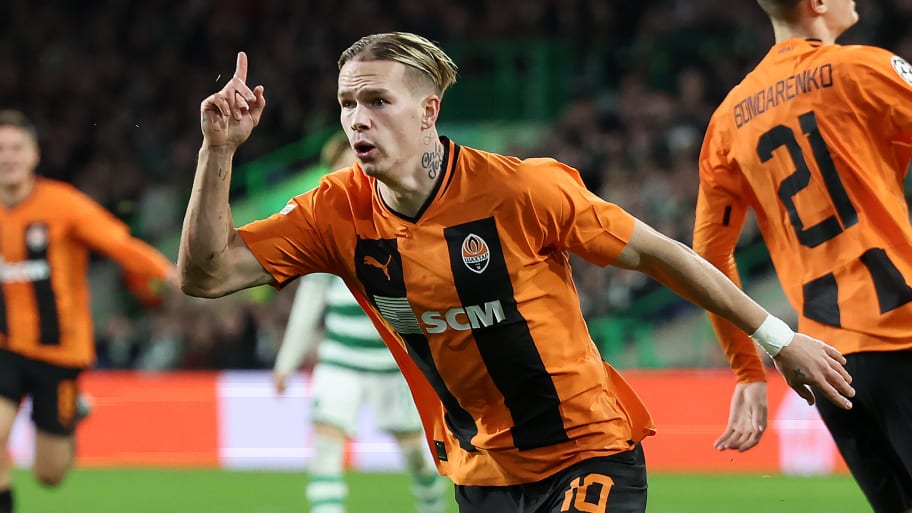 Shakhtar Donetsk assistant sporting director Carlo Nicolini has warned that Mykhaylo Mudryk will cost ‘more than Antony’ and insists only the ‘right money’ will facilitate a transfer.

Mudryk, who has five goal involvements in five Champions League appearances so far this season, has been the subject of interest from a number Premier League sides in recent months. Nicolini has now also confirmed interest from Italy, Spain and France.

Everton failed with a €30m bid during the summer, while 90min reported last month that Arsenal and Chelsea scouts watched Mudryk play for Ukraine against Scotland in September. Brentford, Brighton, Everton, Leeds, Newcastle, West Ham and Wolves were all in attendance too.

“The headlights are on him, but I say that the Italians always come later. The Italians bring low proposals, we don't even sit down to negotiate,” Nicolini told Calciomercato.it to address Juventus interest in the 21-year-old.

“There are many English candidates, the Spanish are on duty, the French are on duty, but now it takes the right amount to take him away.

“Arsenal and Manchester City? They are two teams that have taken an interest in the player. But there are also other clubs that can spend right away.”

Regarding price, a benchmark was set in the transfer market for a young winger when Manchester United agreed a deal with Ajax for Antony worth a total of €100m with add-ons.

“Is €40m enough to buy him? We do not speak to these figures. Not even for €50m, we don’t even call the president to communicate the offer,” Nicolini said.

“We value Mudryk more than Antony of Manchester United, who cost €100m.

“We are not obliged to sell, we do not want to make phenomena. We don’t want to shoot figures that aren’t realistic. But in this team, he is the most decisive. If you want to take on certain players who make a difference in the top clubs, you also need the right money.”

This article was originally published on 90min as Shakhtar Donestk warn suitors Mykhaylo Mudryk will cost 'more than Antony'.