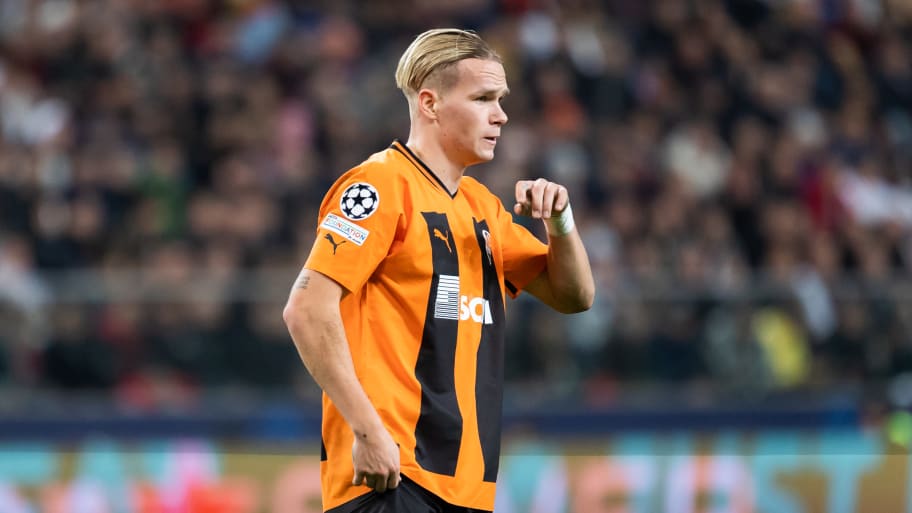 Shakhtar Donetsk deputy sporting director Carlo Nicolini has said that the club will only let Mykhaylo Mudryk go for £85m.

Mudryk has been on fire so far this season, getting four goals and five assists in seven league matches as well as three goals and two assists in the UEFA Champions League.

His performances have caught the eye of some of Europe's biggest clubs, with Arsenal being heavily linked with him and Manchester City rumoured to be interested too.

Reports have suggested Mikel Arteta's club are planning to place a bid of around £50m in January, but according to Nicolini, that amount wouldn't be nearly enough.

In the eyes of the Ukranian club, their player is worth more than Manchester United's Antony and so would cost at least £85m.

“Together with Kylian Mbappe, Rafa Leao and Vinicius Jr, Mudryk is the strongest player in his role," he told Calciomercato.

“Is £35m enough to buy him? We don’t speak for these figures, not even for £45m, we don’t even call the president to make the offer.

“We value Mudryk more than United’s Antony - £85m. Arsenal and Man City? They are two teams that have taken an interest in the player."

“But there are also other clubs than can spend right away. We are not obliged to sell, we do not want to lose phenomena...in this team, he is the most decisive. If you want to take on certain players who make a difference in the top clubs, you also need the right money.”