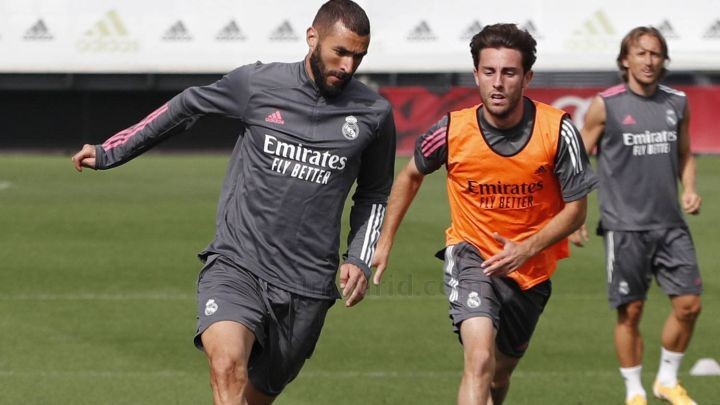 Real Madrid take on Shakhtar Donetsk in Kyiv this evening knowing they have the opportunity to seal qualification for the last 16 of the Champions League.

Striker Karim Benzema has returned to the Real Madrid starting line-up as Los Blancos look to seal their place in the Champions League last 16 at Shakhtar Donetsk tonight (18:55 CET).

Benzema back after recovering from injury

Benzema has missed Madrid’s last three games after being sidelined with a muscle injury picked up in the LaLiga defeat to Valencia at the start of November.

Three points will send Madrid through to Champions League last 16

Zinedine Zidane’s men will be guaranteed qualification for the Champions League knockout stages if they beat Shakhtar in Kyiv this evening.

Follow Shakhtar Donetsk vs Real Madrid live with AS English

You can follow the build-up to tonight's Group B clash, followed by al the action at the Olympic Stadium, with our dedicated live-text coverage.