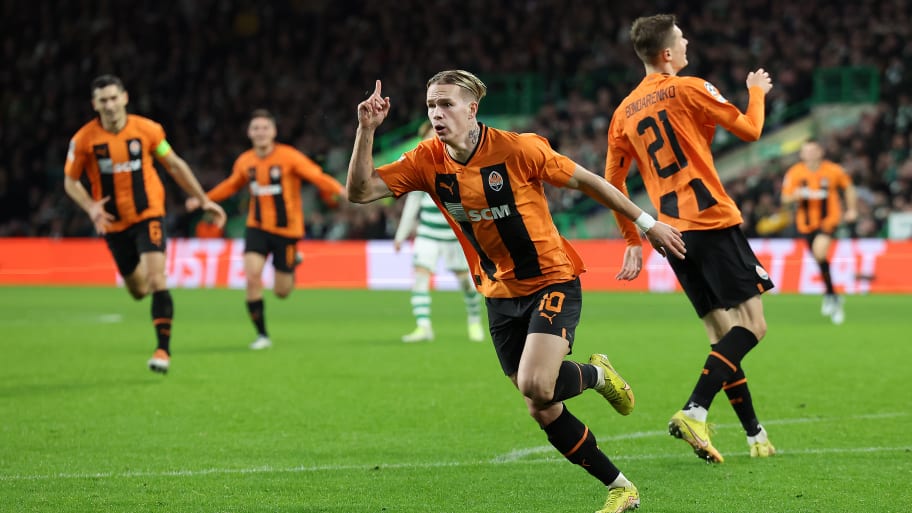 Anatoliy Trubin has revealed that, given how heavily Mykhaylo Mudryk has been linked with Arsenal, the Shakhtar Donetsk squad are joking that he has already joined the English club.

Mudryk has emerged as one of Europe's most exciting talents in the past year, with the 21-year-old getting seven goals and seven assists in 13 matches this season.

His performances have caught the eye of some major clubs with Arsenal in particular rumoured to be lining up a move for the winger.

Reports have suggested Mikel Arteta's club are planning to place a bid of around £50m in January, but Shakhtar Donetsk have stated they won't let him go for any less than £85m.

Mudryk's teammate, Anatoliy Trubin, has praised the Ukrainian for not letting such talk affect his performances, and says the rest of the squad joke that he's already joined the Premier League club.

“I like that he is focused only on himself, his and the team’s game,” he said to Football 24.

“Fans don’t really see that much. No one sees what he is doing away from the football field. All these transfer rumours affect him only in a positive way, because he enjoys what he does.

Arsenal aren't the only ones interested in signing Mudryk, with Everton having a bid turned down in the summer and Shakhtar deputy sporting director Carlo Nicolini confirming that Manchester City are also watching him closely.


This article was originally published on 90min as Shakhtar goalkeeper reveals dressing room jokes about Mykhaylo Mudryk signing for Arsenal.