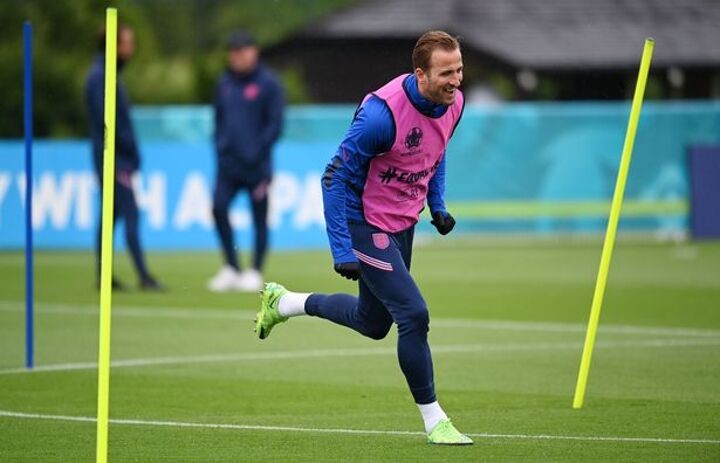 Pep Guardiola's side reportedly made a £100m bid for the Tottenham star on Monday but chairman Daniel Levy is expected to hold out for £150m.

Kane has made clear his desire to leave his boyhood club having so-far failed to pick up a major honour despite his incredible goal-scoring feats.

The England captain is currently 94 strikes behind Shearer on the all-time Premier League list, but the Newcastle legend is resigned to losing the record if Kane switches to the Etihad.

"He'll absolutely obliterate it if he goes to City, in three or four years."

Shearer, 50, got his record with clubs Newcastle United, Blackburn Rovers and Southampton and he also enjoyed a successful England career which included being a part of the Euro 96 squad.

The team went all the way to the semi-finals only to be knocked out by Germany on penalties but the now-pundit thinks the current squad could go further due to the quality in their ranks.

He added: "We've got some seriously talented footballers in this England squad. When you're talking about Mount, Foden, Harry Kane, Sancho, Sterling, Rashford.

England have qualified for the last 16 with a game to spare after beating Croatia 1-0 and drawing with Scotland 0-0.

And while Gareth Southgate has confirmed his captain will start in their final group match against the Czech Republic on Tuesday, Kane's Euros performance has been criticised.

The star hasn't registered a shot on target in the tournament but pundits and his England teammates have said there's nothing to worry about.

He told talkSport: "I have seen a few comments blaming Harry but we didn't create enough for him to even have a chance [against Scotland].

"It is something to work on and hopefully we can just keep getting better.

"I see him 100 per cent focussed every single day in training, wanting to get better. He’s always the first in the gym and he’s a great example to every other player.

"It’s going to come surely sooner rather than later so he just needs to keep being himself."

And City and England's Raheem Sterling added: "He hasn't scored in two games. That's not that serious. I'm sure when we need him most, he'll score.

"We as a team need to produce more for him, but it's two games. Of course he's a player who knows he can score in every game, and he will be the first person to be disappointed, but I know when it's crunch time Harry will be there, that's for sure."