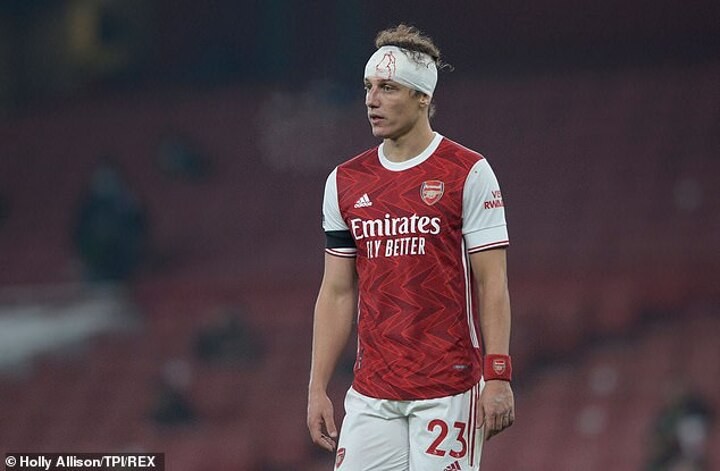 Alan Shearer called for the immediate introduction of concussion substitutes in football after Arsenal defender David Luiz was allowed to play on following a sickening clash of heads with Raul Jimenez.

Arsenal insisted they followed all protocols before sending Luiz back onto the pitch on Sunday. Wolves striker Jimenez was taken to hospital where he was later reported to be 'conscious and responding to treatment'.

Luiz had blood seeping through his bandage before he was withdrawn at half-time and BBC pundit Shearer said football had to 'wake up' to the dangers to players.

'This has been going on too long. The protocols in football are not acceptable.

'If he has passed all the protocols, how on earth is he allowed to come back on with a wound bleeding through the bandage.'

Permanent additional concussion substitutions are set to be introduced in January.

Football’s lawmakers, the International Football Association Board (IFAB), announced on Monday that they are set to give trials the green light in December.

And the Football Association will support the proposal next month ‘with a view to implementing the trials at the earliest possible stages of the FA Cup and Women’s FA Cup’.

But Shearer said there was no reason to wait for concussion substitutes.

'It’s been going on far too long.

'What’s to trial about the concussion substitute, why? Just do it, it’s not acceptable.'

Wolves rallied to win 2-1 as Pedro Neto and Daniel Podence struck either side of a Gabriel Magalhaes header to earn a deserved victory.