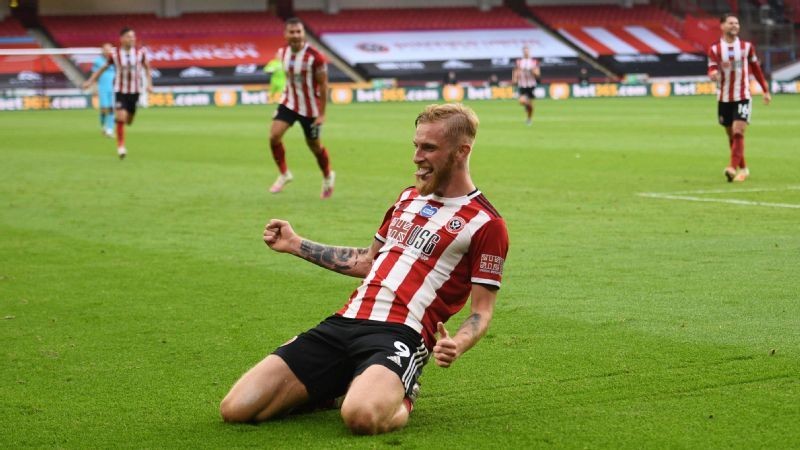 VAR took centre stage once again as Tottenham Hotspur slumped to a 3-1 defeat by Sheffield United in the Premier League at Bramall Lane on Thursday, leaving Jose Mourinho's side nine points adrift in the race for the top four.

The hosts took the lead in the 31st minute as Norwegian Sander Berge finished off a fine flowing move, slotting the ball into the bottom corner for his first goal in English football.

Less than two minutes later, Harry Kane thought he had equalised when he found the net but the goal was ruled out by VAR, with Lucas Moura adjudged to have used his hand when pushed to the ground and nudging the ball in Kane's direction.

Mourinho was furious with the decision and his mood worsened in the 69th minute as United carved Spurs open again to set up substitute Lys Mousset for his first goal since Dec. 1.

The visitors offered very little in response, with Oli McBurnie adding a third goal six minutes from time to make sure of the three points for the Blades before Kane did get his goal, albeit a mere consolation, in the 90th minute.

The result means United leapfrog Spurs to go seventh on 47 points, seven points off the top four, with Mourinho's inconsistent side dropping to ninth as their hopes of securing Champions League football for next season further recede.